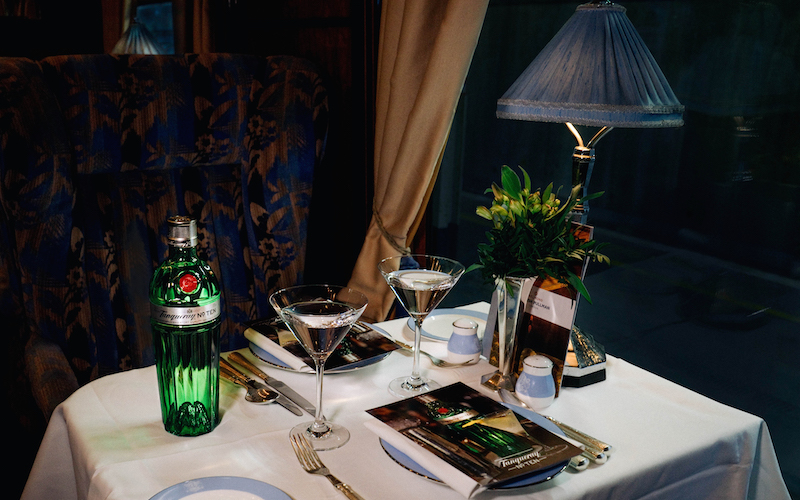 We were lucky enough to have dinner on the Belmond British Pullman train at the end of last year. It’s a great experience on a classic luxury train that whisks you off into the countryside before dropping you back at Victoria, while you sit and enjoy dinner. The train was even used in the filming of Paddington 2, which really sealed the deal for us. It’s very civilised, very civilsed indeed.

The train is used for all sorts of events throughout the year but the highlight in foodie terms is probably the guest chef series, which sees one off dinners cooked by some of the UK’s best chefs. The line up for this year has just been announced and it’s looking pretty special, with a couple of newbies coming onboard.

Skye Gyngell – June 21st
Chef-founder of Spring at Somerset house, Skye’s pared back style of Italian dishes cooked with sustainable, seasonal ingredients should be a perfect match for the journey.

Michel Roux Jr – 20th September
Following his debut on the train last year, Michel Roux Jr is back by popular demand. One of Britain’s most highly regarded chefs and TV personalities, Roux Jr has been Chef Patron of the renowned two-Michelin starred restaurant, Le Gavroche, for over 25 years.

Merlin Labron-Johnson – 25th October
Perhaps looking to appeal to a younger crowd, Merlin Labron-Johnson should offer something very different to the other chefs. Having gained a Michelin-star just nine months after opening Portland at only 24, he joined private member’s club The Conduit as executive chef in October last year.  Labron-Johnson will take to the rails on 25th October where his on-board menu will combine classic French techniques with modern sensibilities whilst striving for zero-waste.

We’re not gonna lie, tickets for these dinners aren’t cheap, starting at £459, but if you’re a particular fan of one of these chefs or have a special birthday coming up, it’s definitely worth a splash for a unique experience.