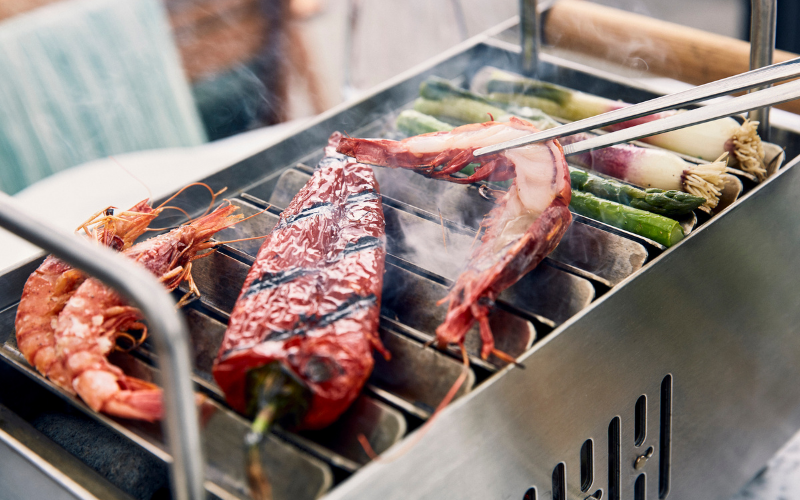 Borough Yards is the new development opening up just down the road from the iconic Borough Market. Like Coal Drops Yard, Borough Yards is laid out across a selection of old Victorian brick railway arches, viaducts and warehouses and it looks a lot like the Kings Cross version too. Looks aren’t the only similarity either, Borough Yards will also be home to a Barrafina and Parrillan plus a new concept from Harts Group, the restaurant operator behind said sites and new spot Bar Daskal.

This will be the fifth site for Spanish tapas specialists Barrafina, the second site for DIY BBQ spot Parrillan where diners cook themselves over mini parrilla grills on their table (the original is in Coal Drops Yards) and the first for Bar Daskal the wine bar which will focus on Spanish wine and sherry alongside cold tapas. As well as the trio of Spanish outlets, you’ll also find fried chicken brand Butchies, wine bar/resto/shop chain Vinoteca, British fashion brand Paul Smith and an Everyman Cinema. Sounds like a bloody good day out to us.