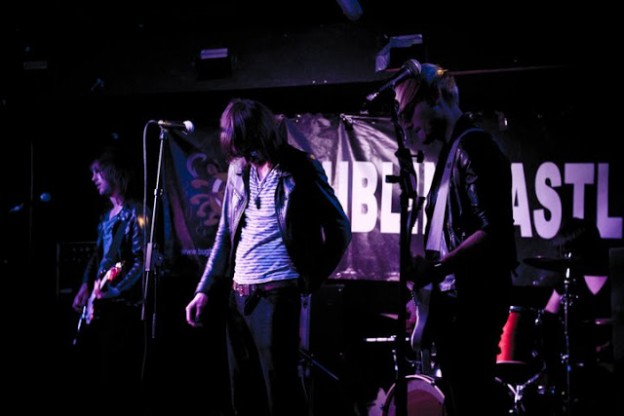 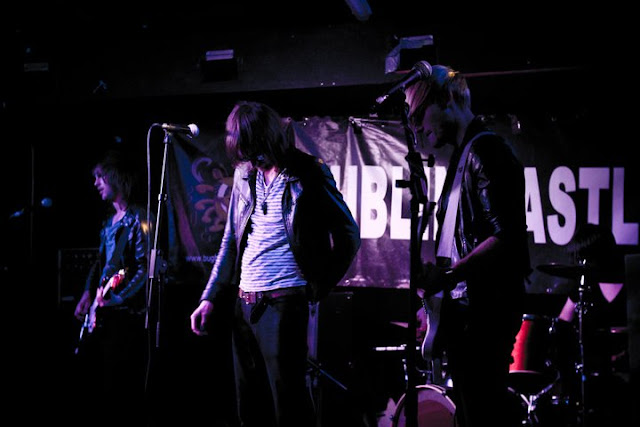 US: Tell us how YourOtherLover were born?

SI: Your Other Lover came about from a collaboration of shared interests; we’re all really passionate about music and spend the majority of our time at gigs watching bands we admire. The band share similar tastes so when we get in the studio and make music together there’s a sense we all want the same thing out of the final product which makes things easier.

US: How would you describe your sound and influences?

SI: Our sound is rooted in 80’s new wave and shoe gaze. Bands like The Jesus And Mary Chain, Sonic Youth, Joy Division and The Cure As well as some more modern bands like The Ravonettes, Health, Black Rebel Motorcycle Club and Interpol. Were fans of pop melodies and noisy distortion, often we tend to write tracks quite simply before putting our own fuzzy sound onto it.

DAN: Obviously everyone around you is an influence if you wanna admit it or not, so I think it’s best to embrace everything good or bad, it makes the music come to life when its something you really believe in and I think we all believe in this band.

US: What is happening in 2011 for YourOtherLover?

SI: 2011 is shaping up nicely; we’ve been gigging pretty relentlessly around London so far with a string of other dates booked over the coming months. We will be recording a AA side single this month with Dave Burn from Detroit Social Club producing which were all pretty excited about as were fans of the band.

DAN: Its been a good year so far, we’ve learned a lot as a band and a lot as individuals, there is so much more to come that it sort of makes you want to chain yourself to the floor so you can break free and do it again.

Us: What are you listening to at the moment?

SI: Were excited about a few new bands at the moment; Crocodiles, 2.54, The Megaphonic Thrift, Two Wounded Birds, The Chapman Family, and Hold Kiss Kill who we are lucky enough to be doing some shows with soon, amongst others.

DAN: Crocodiles definately, lots of Elvis and Dylan and im really into those real old recordings of the blues at the moment, the ones that are shit quaility and sound real fuzzy and distorted. It sounds haunting and eerie, gives me such kicks.

US: What’s it like being part of the London ‘scene’?

SI: London’s an awesome city, being constantly surrounded by great venues and bands is a pleasure. It’s a mecca for any new band to come and do their thing, its even better if you’re a punter as you can literally walk into pretty much any venue and watch live music. There are defiantly certain scenes and subcultures which spring up in different parts of the city; I wouldn’t say we were part of any specific ‘scene’ though.

DAN: London is cool if not a bit overwhelming at times, it can real kick you in the teeth if you dont keep your eyes facing forwards. It makes you focused and motivated, there is a lot of good bands out wanting to do what we want, so we know we need to keep every show fresh and exciting and in London people love it when you are trying to put on a show just for them.

Listen to their track ‘Kerouac’