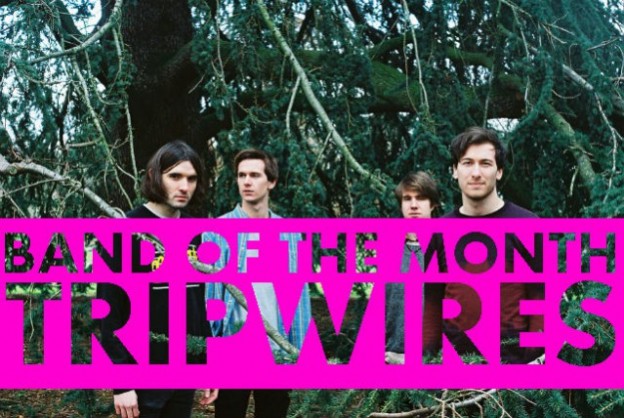 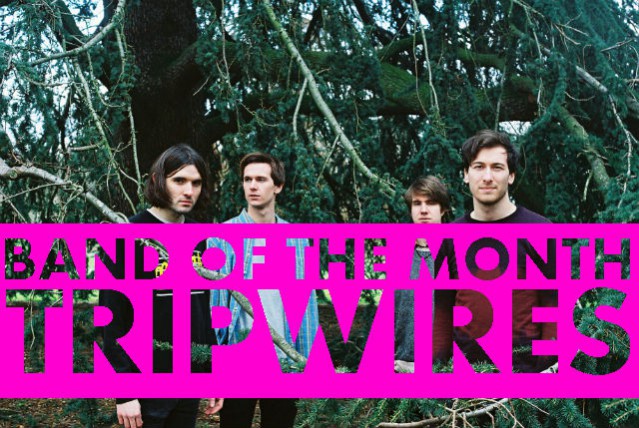 Tell us how Tripwires were born?

We all met at school in Reading and it became quite a common thing to stay and play guitar and drums really loudly in the grotty little practice rooms after school. I don’t think the teachers even knew we were there half the time. We used to sneak out of music lessons by crawling under desks and hiding in the practice rooms without anyone noticing. Somewhere along the line we started writing songs and became Tripwires.

We first heard of you from the video for ‘Cinnamon’, you’ve come a long way since then, has it all gone to plan?

We’ve had some really fun times and some really shit times but I don’t think any of us have any complaints. In that time we’ve listened to many many records and learnt a lot about things so i know we’ve become a better band for it. As for having a ‘plan’, even if we did have one it would have been pointless because you just never know what direction you’ll head in next. We never expected to record our album in New York but we were lucky enough for that to happen. Similarly, next month we’re off to Switzerland to play with Tame Impala. None of us expected that one.

Your debut album ‘Spacehopper’ dropped earlier this month, how’s the reaction been so far?

There has been some nice things said about it which is great to hear but it’s very difficult to see your own band objectively so pretty much have no idea. Any criticism, good or bad, has been very interesting to us as it’s finally been an insight to how other people hear our music. There have been things said about it which we’ve never even realised before; it sounds different to every person so that’s why it’s been interesting. We’re very used to living in our closed bubble but now the record is out it does feel great for other people to finally hear what we’ve put some much of our time and love in to. We’ve been told rumours that we’ve been selling copies in Japan which is very very surreal for us!

The video for ‘Shimmer’ is ace, tell us the idea behind it?

We had this idea of playing in a tin foil room, maybe on the moon, but that got boring so wanted to add something else. In the end we bought a van full of beers and invited our friends down to rollerskate with us as that was the obvious way forward.

What’s the plans for the summer?

Aside from playing shows I imagine we’ll do some more recording soon. We’re enjoying writing at the moment and like to have little projects to work on, whatever they may be.

Any new bands on your radar these days?

We really like Sky Between Leaves since playing with them a few months back, and another band we like called Parlour. We asked them both to play at our album launch gig and they’re great and are lovely people too.

There you have it! Now, we are teaming up with Snap Crackle & Pop to host a show next month and Tripwires are headling, watch out for more deats very soon…Tripwires debut album Spacehopper, was released on 17th June through Frenchkiss Records. Find out more at tripwires.co.uk