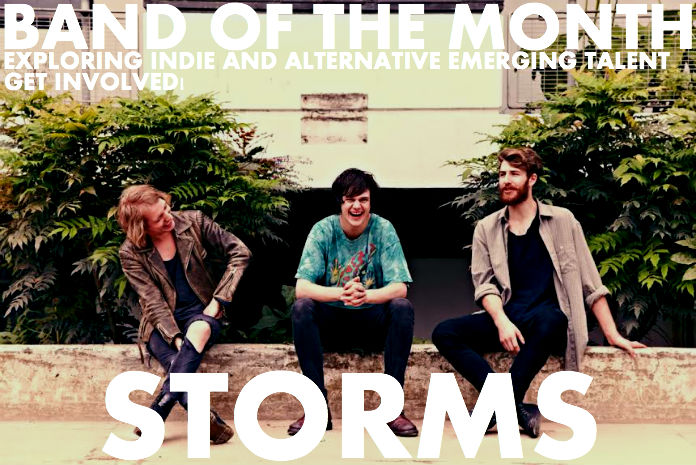 Tell us how it all started from the beginning?

George: I met Felix at a club night and we decided to start a band about 6 months later. We then met Yacob through a music advert we placed online, and Louis joined us just under 2 months ago.

What are some of the inspirations and influences that make up your sound?

Your single SWELL has been doing the rounds, we hear its one of 3 to be released, can you tell us more?

George: Yeah the next song, ‘Undress’, is done, we’re just waiting for it to be mastered, and Felix has pretty much finished editing the video so we reckon it’ll be up online and ready to go public by the end of this month at the latest. Then we’re planning on putting out another video/song called ‘Shame’ by the end of September.

Whats the plan for the rest of the summer?

George: Record and make a video for ‘Shame’, write and record some more demos, then prepare for our tour which’ll be in either September or October.

What have been your festival highlights so far?

George: We’ve yet to play our first festival – but Arcade Fire on the Pyramid Stage at this years Glastonbury was absolutely mind blowing. Interpol and MGMT played great sets too, the latter’s visuals were fucking majestic, really blew me away. Gutted I missed Wolf Alice; the missus took forever to get ready so we ended up watching Lana Del Ray which was a bit underwhelming. Had great times on Stone Circle though.

George: Really into Royal Blood at the moment after watching their Glastonbury set and I’m absolutely loving that new DFA 1979 tune, ‘Trainwreck 1979’ too.

…and there you have it guys. You can catch STORMS playing live on the dates below…