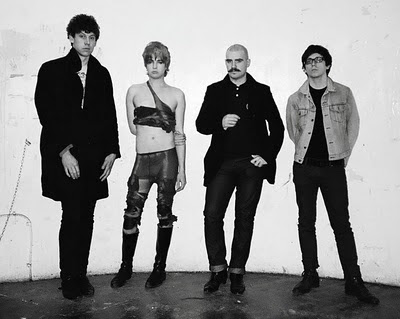 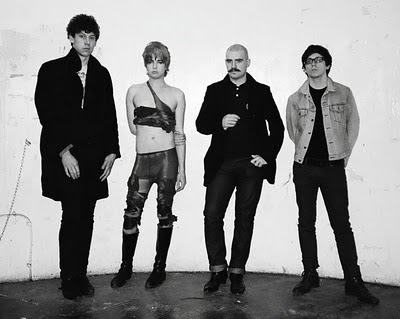 US: Tell us how Islington Boys Club were born?

THEM: We couldn’t find a band that we wanted to be in so we decided to form our own, we were adamant that we wanted our band to sound natural, as it had to sound like we would sound without faking it, so we spent a lot of time rehearsing, learning to play together. Playing music is such a personal thing, it takes a while to gel with people and understand their take on music.

US: For people who have not heard of you tell us how you sound?

THEM: We sound exactly how we sound. Not to label what we are means that people can’t pigeonhole us. We only want to be limited by what we can achieve, while that may sound a little pretentious, we just don’t want to be limited to one genre. We want the opportunity to grow as a band. Music as much as any other artistic practice is an art form, meaning that it should be fluid, for example as a modern fine artist you wouldn’t say exactly what your final style will be, this limits things. You find out as you progress that the progression tends to be far more interesting than anything you could have planned…we seem to have avoided the question, lets just say we don’t sound like anyone else. Our music has dynamics, depth, texture, meaning and it’s often quite heavy while also being sensitive.

THEM: Quite exciting really. We’re talking to lots of people about doing lots of different stuff, that sounds really vague but we will know more as the year develops. However I should add that we are going on tour round the UK for the first time with Ulterior in March and we can’t wait! They’re such a good band. We are also going to be playing some more shows in Europe, after our first trip out to Italy in December, check out our blog for photos.

We’ve also been working hard in the studio, writing and demoing songs. We managed to write 17 new tracks in 2 weeks so we’re just finishing them off, it continues to be an epic undertaking. Stay tuned for more details about an EP/min-album release, hopefully in the Spring and we’re be releasing a free download of ‘Misfit Sugar’ in March to co-inside with the tour.

Check out their video for Pristine: