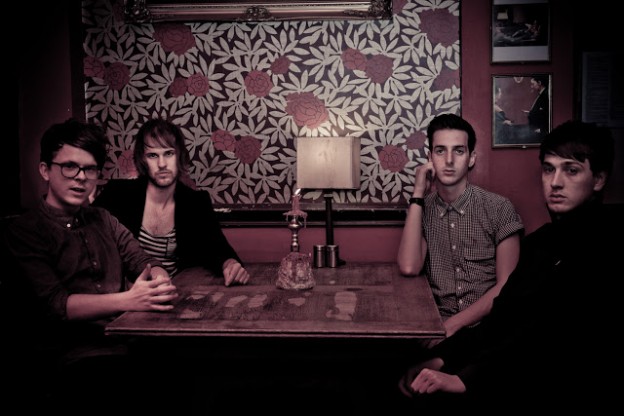 Cruising their way into the Band of the Month spot this month is a band that encapsulates an epic sound full of emotion, passion and anger. Their indie pop takes influences from the darker side of their peers; The Smiths, Interpol and The Cure. Their songs are clever and hold strong melodies that trap themselves in your head with a melodramatic slick edge and big exciting choruses. We were lucky enough to hear their forthcoming EP which sounds incredible. The London four piece are about to embark on their second stint through Europe. Introducing the cool breeze in this summer heat IDEALS. 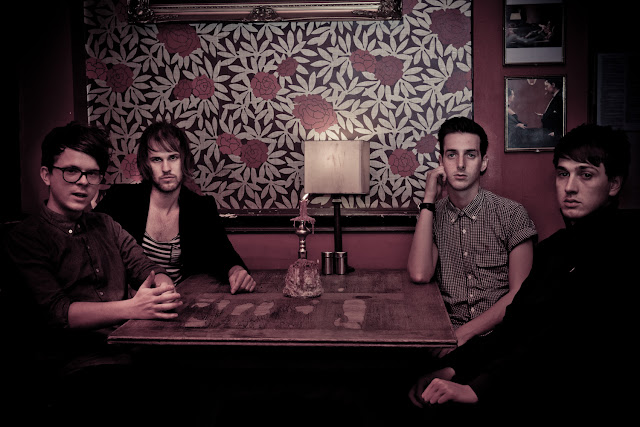 Andrew: Ideals are a four piece indie band from London. We’ve got a fairly broad range of bands that influence us and we listen to so it’s hard to hold down a certain ‘sound’. I was into bands like Bloc Party, Idlewild, The Strokes etc when growing up so I think there’s definitely a bit of that in there but if I had to suggest an exact sound it’s say somewhere between White lies and The Cure. 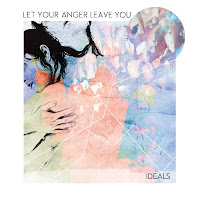 US: You’ve had a number of releases already and have a brand new EP coming out, tell us about that?

Andrew: We released a few singles when the band first started out and they all went down well. Our first E.P Forever Leisure was received really well in Europe and the U.K but the sound/style of it wasn’t quite what we were going for. When people here the new E.P, Let Your Anger Leave You, I think it’ll show that we’ve found ourselves properly as a band. There’s a fair bit of anger in the record but also a lot of love and I think the blend of the two works quite nicely. It comes out this Winter so you’ll be able to hear it all then!

US: You are about to embark on a tour, what are you looking forward to the most?

Andrew: Last time we went across to Europe we’d never seen anything like it. Everyone was so nice to us and the shows were all better than the last. It was such a shock it was almost too much to take in. Ultimately we’re all just really looking forward to playing live again, it’s been a while and we’re itching to play the new E.P live.

US: We’ve been enjoying your latest video for Altar, tell us the story behind that?

Andrew: The song is about the fear that comes with being with one person for the rest of your life and also the betrayal that many people commit or go through as a result of that fear. The video basically deals with lead female character having an affair with another woman behind her male lovers back. The result of this is the lead female character kills her lover and is left with regret and pain. In essence it’s a very strong portrayal of the notion of love dying.

US: Things have been gong really well for you in a short period of time, whats the goal for next year?

Andrew: I guess it’s just to keep doing what we’re doing; writing and recording songs that sound good to us; touring and playing shows wherever we can and our debut album is on the cards for some time next year.

Go explore more of their stuff, you will love it. Like their facebook and buy Ideal’s singles collection containing all of the bands releases to date. We’ll keep you posted about the forth coming release of the ‘Let Your Anger Leave You Ep’ and UK dates. You can pre order a copy of the limited edition (300 copies) 12″ heavy weight vinyl in a full colour printed sleeve Ep by clicking here.