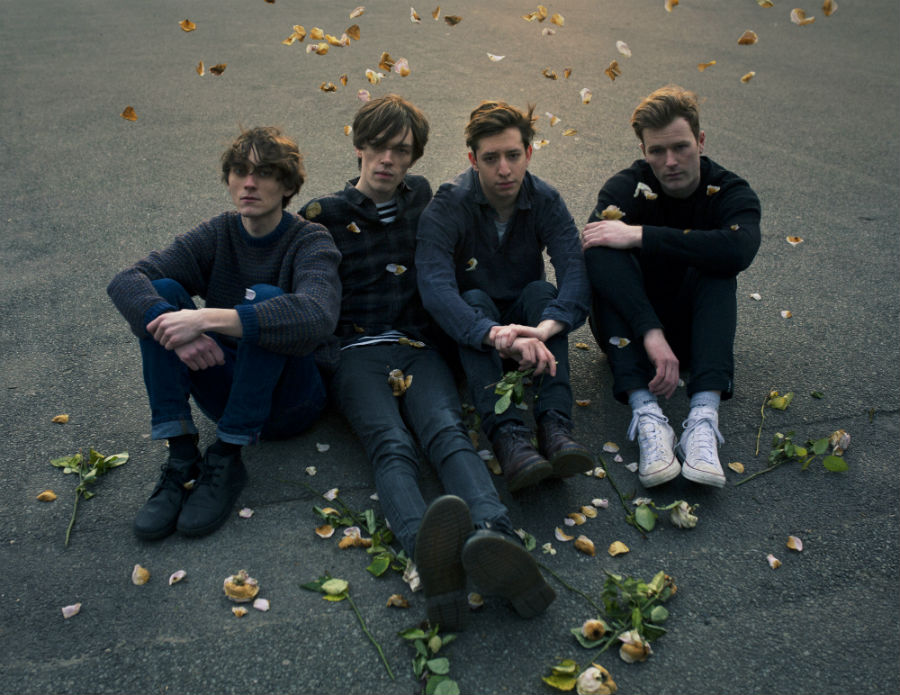 Tell us how Gengahr were born?

Genga is a clefairy that becomes haunted. You get it by trading Haunter…Oh you meant my band, not pokemon. Felix, Danny and hugh have known each other from school, I met them in a pub. We’ve been playing music together for about 5 years but only been Gengahr for a little over a year now.

What are influences that make up your sound?

We all listen to a lot of different types of music. I guess indie, hip hop and older pop make up the biggest parts of our sound. I’ve never been able to play keys (I need to address this) but love synth sounds so I’ve tried to work out ways of forcing the guitar to creat synth textures. Was really into aphex twin growing up and after loads of trial and error and studying how old school synths worked I’ve kind of figured a way of playing that hints at his sound, sort of wonky synths bending slightly out of tune. I’ve always been into people who treat guitar as a tool for new sounds, usually aggressive sounds. Sonic youth and Neil’s cline. I really like Metz, I love how the whole band works as a unit to create this super heavy noise, the way everyone shifts together from section so it always feels intense. With a completely different feel I aspire to the same thing.

We’re about to roll into Festival season, whats the plan?

To play all of them! We should be really busy this year so not to much time to enjoy ourselves, we’ll make time but it won’t be the constant party it was last year. Green man festival looked awesome last year but we only got to stay for one night so hoping we get to stay there longer this year.

Whats the best festival experience you’ve ever had?

My first year at Reading I slept in a bin bag as I pitched my tent in a puddle that had turned to a small lake by the evening. That was grim. Also I had so little money between me and my mate we had one can of beer for the whole weekend. The upside was we got to watch so many bands instead of being drunk in a field, I can and will do that at home.

This is just my taste but Songhoy Blues, Shuggie Otis, Makthaverskan, Speedy Ortiz, Kendrick Lamar, Burning Airlines, Thee Oh Sees, Flying Lotus, Deerhunter, Dinosaur jr. That all gets played a lot in the van. I saw Makthaverskan at sxsw as I waited for the next band to come on and they blew me away. They came on stage so unassuming and the singer seemed really shy then they blasted out some of the best new ‘indie’ music I’ve heard in a long time. Same feeling I had with Joanna Gruesome. I grew up listening to punk so I’m enjoying these bands that have a similar energy and anger about them but are writing really great songs that I can relate to at this stage in my life. Deerhunter is probably mine and Felix favourite band so we play them to death in the van, the other guys must be pretty bored of it now.

…And there you have it folks, now you can catch Gengahr on tour on the dates below…