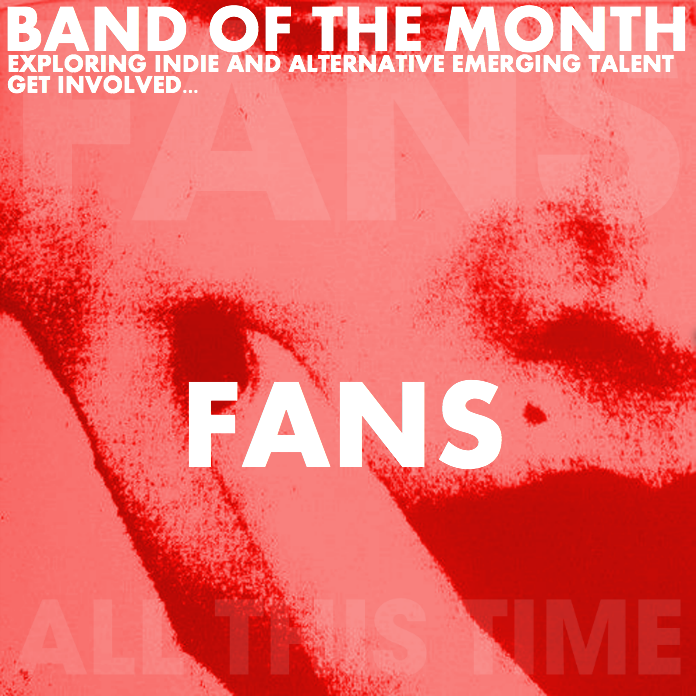 Tell us how you got together?

We were somewhere around Barstow on the edge of the desert when the drugs began to take hold. I remember saying something like “I feel a bit lightheaded; maybe you should drive…” And suddenly there was a terrible roar all around us and the sky was full of what looked like huge bats, all swooping and screeching and diving around the car, which was going about a hundred miles an hour with the top down to Las Vegas. And a voice was screaming: “Holy Jesus! What are these goddamn animals?”

Talk us through your sound and the influences that shape it?

It just came from playing in our basement everyday for months and months, we’ve written and thrown away countless songs. ‘All This Time’ was the first ‘F A N S’ song you could say, where we all felt it totally. It almost felt like “we haven’t just played that!” it just stood out so much from all the others and it kind of became the bench mark for songs we’ve written since. Before ‘All This Time’ we had this kind of Mo-town hit factory mentality where we’d aim to write and record a song every two days. ‘All This Time’ was about 15 minutes long to start with, just this mad slightly disturbed relentless noise & beat with a pretty melody over the top and the line ‘You could have been born an actress’. We demoed it in one take (which we do with pretty much every new idea) and nearly kept it like that but we had a show with JAWS at The Cockpit a few weeks later so we though we’d better make it a song because at the time we had none, well, we had songs but we just didn’t like any of them enough. With the demos we wanted to sound like Johnny Cash singing ‘I Hung My Head’ over Marychain & Bloody Valentine and that’s pretty much how I’d describe our sound or at least what we were aiming for production wise. We were pretty limited too, recording with an old desktop computer and a 4 track so I think that helped us because we didn’t have the temptation to over complicate things because we didn’t have the means. I think that’s important, imposing limitations or trying to squeeze as much as you can from the bare minimum… Our aim is to write a song that’s just one chord and never changes but it’s that good people either don’t care or don’t notice.

We’ve been playing ‘All This Time’ constantly, hows the single gone down, tell us more about the track?

It’s gone down really well, we’re getting Strokes & Joy Division comparisons which is cool and I think people in Puerto Rico & Mexico are loving it the most (Soundcloud stats). Lyrically the song’s pretty dark, it’s about abortion, and someone coming to terms with that situation, not being in control of it. Like I say pretty dark but I think the melody kind of juxtaposes it and has an optimistic, hopeful tone when really the songs saying “all hope’s gone”, a bit like Street Spirit (fade out) by Radiohead.

What is coming up for you over the summer?

We haven’t really done much yet other than just be in our own world in a basement in Bradford with prostitutes and smackheads wandering around outside…We’re playing Live At Leeds on 3rd May and we’ve got a few more shows coming up, a single and an E.P coming out so you’ll probably be seeing more of us soon!

What music are you currently listening too?