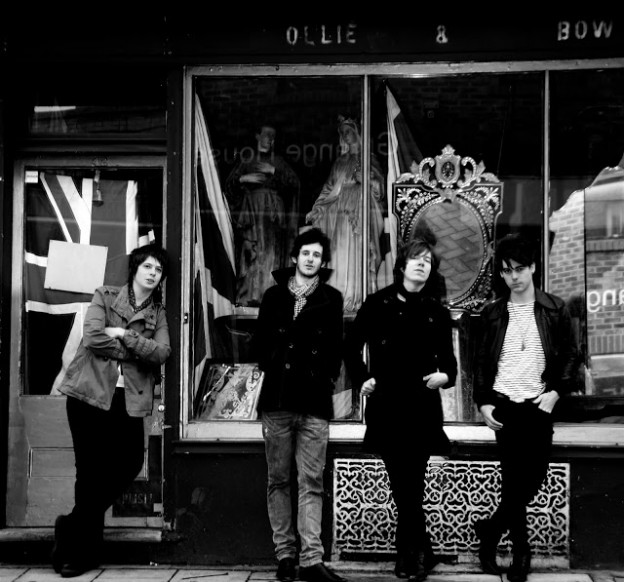 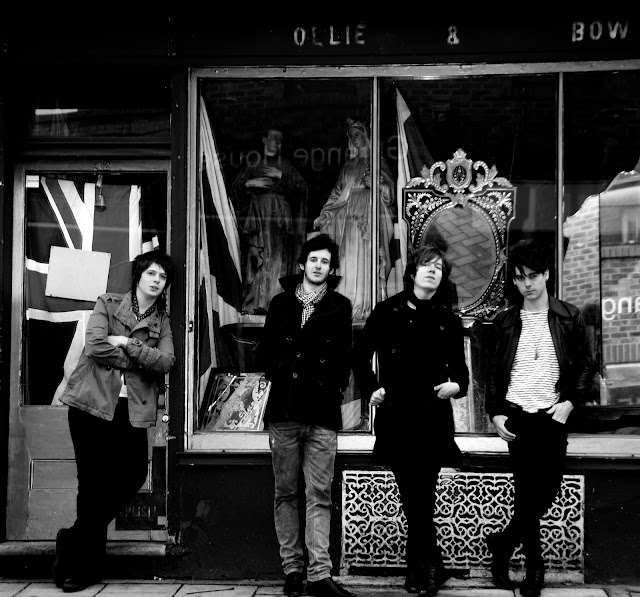 US: Where did you get your names from and how were you born?

TOM: Our names were bestowed upon us by Franco, the ancient god of health and vanity. He saw us all being born simultaneously from the wrong end of various different farmyard animals on a windswept October evening up in the Brecon beacons. He took pity on us because we had no trousers, so he weaved some skinny jeans out of clouds and acorns and sent us on our merry way. He also tattoo’d his name on one of each of our pasty white bum cheeks, so we’d always remember where we came from.

US: Describe your sound and the influences that make this?

TOM: Our sound! Its always difficult to describe, as we’ve all probably got a different take on the things that influenced our individual styles. But I guess we’re all really into the Beatles, and the Brian Jonestown Massacre are a big one. Also the verve, supergrass and oasis from the Britpop era – Britpop kind of crystallised in my head what it was that I wanted to do as a kid, I think the same can probably be said of the other guys too.

US: There is quite alot going on for yous lot at the moment as you have recently won SXSE, how was it and what have you got from it?

TOM: SXSE was totally mega. Loved it. We didn’t really know what to expect when we got there….you know, you play so many shows, you just kinda get on with it, if its good, its good, and if it’s crap, its crap. When we arrived, it was basically an empty room, so we didn’t expect too much.… but literally 45 minutes later it was rammed and we were havin’ it on the stage. The crowd were spectacular. So it just goes to show, keep the faith, man, cos everything’ll come up roses eventually! Ha!

So after winning that, we’re going into the studio to record something new, and we got a great slot in Brighton for the alternative great escape, so watch this space!

TOM: Haha! Are you gonna pay our wages then? No, not giving up the day jobs just yet. I mean, don’t get me wrong, music is our lives, but we gotta pay the bills y’know? There ain’t the same money in music as there was 50 years ago, even 20 years ago, cos people don’t really buy records like they used to. You tend to find these days, musicians like us just do it cos we love it. There are a million better ways to make money than being in a band, but precisely zero ways to attain the same buzz you get coming off stage after a storming show.

US: There is much going on musically in London but has anyone grabbed your attention recently?

TOM: Yeah! Black Market Karma. We did a gig with them the other week and they were awesome – really psychedelic. The Munroes are really good too, we’ve done some shows with them in Camden and Kilburn and were all really impressed – good sound, look cool, love a drink – our kinda band! There’s always loads of good stuff going on in such a big and vibrant city like London – which is why we fit in perfectly, cos we’re big, vibrant, beautiful, cool and having it. Taking it all in, y’know, cos it only happens once.