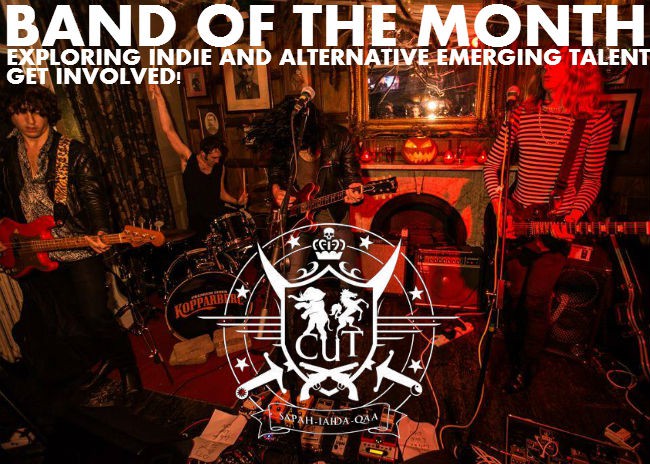 So guys, you are our band of the month, take us back to the beginning and tell us how CuT came about?

We started the band Two year’s ago. Dan, Louie and Jimmy met whilst playing with Joey Isherwood in a group named ‘Sheet Noise’(which is still going, as a music collective internet project), we formed CuT to play live show’s and to play the music we felt was missing from the 21st century.

Our bass player Jay Clifton joined the group a couple months before our first show. Dan and Louie had worked with him at Macaris on Denmark street.

You played a killer show at The Macbeth for us just last week, everyone loved it, how are you finding all the attention right now?

We love our fans, and we love hanging out with people who come to our show’s. We attract really cool people to our gig’s…REAL music fans who know what they’re into. Not sure what attention you’re talking about though…people usually take one look at us and turn the other way.

Beside’s that, We don’t think about what people say. I think it’s probably more relevant to focus on what you wanna be. I think some band’s are trying desperately to impress people, and it end’s up being a minority who understand them. We wanna write music for people who are like us and are not impressed with the mainstream, televised talent show, drudge that is forced down people’s throat’s by a unintelligent media. A majority of people are not represented by the latest major record labels lazy attempt at making money…Fuck that. The time is right for thing’s to change and for people to feel free again.

How did the management with Andy Ross come about? For those who dont know had 6 number one albums with three different bands – Blur, Jesus Jones and The Bluetones.

The Head of RA RA ROK RECORD’S, Rok Pete invited him to see us play at the Black Heart in Camden. We had a drink with Andy after and immediately struck up a relationship with him. He share’s our vision of the future for CuT and is definitely one of the lads.

You have a very sexy vinyl EP which is out now, where can we get it, whats on it, where was it recorded and who’s idea was it to stick your mugs on the back of it?

The S.E.E.P (Super Extended E.P) was recorded Live at the Gold Top Studio in Tooting. It was produced by Sterling Roswell (ROSCO) of Spacemen 3. The raw recording was done live, but we wanted to push the boundaries of people’s imagination, so we added a lot of effect’s and make it more of an “Experience” shall we say…We wanted it to be a record you could get stoned too and party too, and for it to be an addition to CuT fans understanding of what turns us on. The record is a real one-off in the true sense of the word, as it will be the last of that sort we do, as we wanna move forward and continue evolving. Each record we do has to be new and exciting and fresh. Available at ROK PETE’S REVOLVING RECORD STORE(10 Inverness Street, Camden), Rough Trade and Sister Ray.

Side A includes 4 tracks, Voices Of The Void, Love, Time Traveller and T.T.I.C which is the track we are giving you guys for an exclusive free download…

Side B is a huge 19 minute mind fuck track called R.T.G…it’s insane!!

In regards to having our ugly mugs on the back…I guess we kind of got the idea from The strokes, Is this it? album…it had all their faces on the inside sleeve and we thought ‘if they can do it then we definitely can’…the photo’s come courtesy of Sophie Turner! Great photographer. We spelt her name wrong on the sleeve so we still feel really bad about that. Sorry Sophie!

You’ve been compared to the like of The Ramones, and not because of blistering pace of your rock pop, but also because of the hair, the jackets…do you take that as a good thing?

We are Fan’s of the Ramone’s and what band in their right minds would not want to be compared to The Ramones…we like music with spirit. The hair and leather jackets are fancy dress…we actually spend all our time in suits and putting gel on our number 1 hair cuts. But I think The Ramones wouldn’t be the first band on the list. We have a lot influence’s musically and we always wanna be true to what we are. 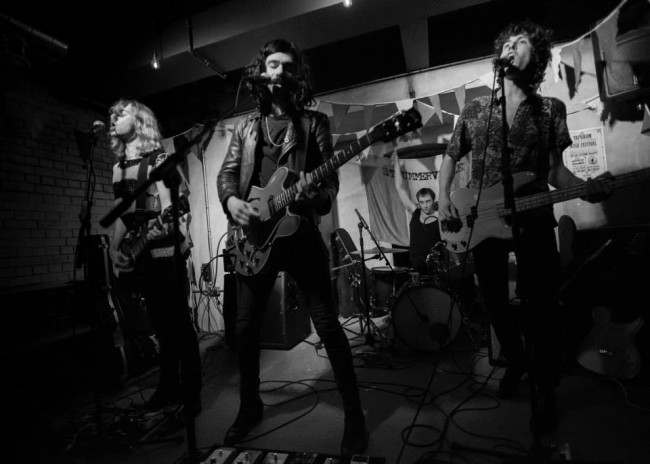 A little bird told us about an exciting Christmas show that is happening soon, fill us in?

We are playing a special show at one of our favourite venue’s, The Victoria in Dalston on the 14th of December. It’s free entry and we have some really cool band’s playing with us. One of our favourite bands and good friend’s Kurtz are playing, a band called STATS who have a super cool kind of Talking Heads vibe to them are joining in the fun and Stella are playing their first show. Also Ray Gange of The Clash’s “Rudeboy” movie is spinning some record’s for us, along with Mickey Beans of La Roux and Rose Elinor Dougal and we have Keith Goldhanger spinning tunes as well. We want it to be a celebration of 2013 and a chance for us to get pissed with our mate’s. Come down? ;)

We bloody well will! Finally, what other bands around at the moment are getting you lot excited?

London is smashing it for band’s at the moment. We Dig- Arrow’s Of Love, Kurtz, Sara Schirelli, Boxed In, Rose Elinor Dougal, Fur Cough, Tricks of the gods, Slowgun, Stella +, Sheet Noise, The Sticklers.

And there you have it…as mentioned got an exclusive free download of T.T.I.C right here. Make sure you get dow to the Victoria on the 14th for their FREE entry Christmas show. 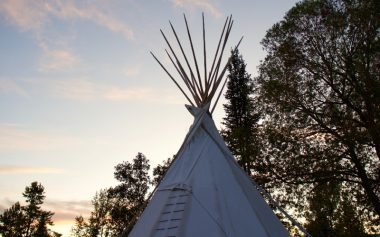 POPULAR MUSICALS TO STREAM FOR FREE (7)

THE BEST THINGS TO WATCH ON TV (6)