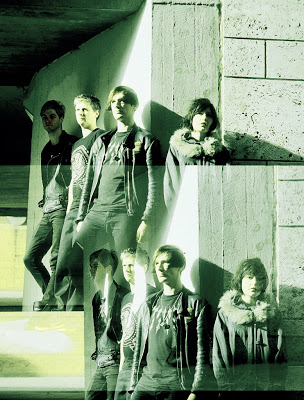 The satanic dark realms reek of an eerie world most people would not understand. Mixed up with wizardry and witch craft the excitement generated at live shows from these guys is jaw dropping, a front woman that looks and acts great. With a top 20 Artrocker debut album last year LondOnTheInside would like to give you July’s Band of the Month…Cold In Berlin. 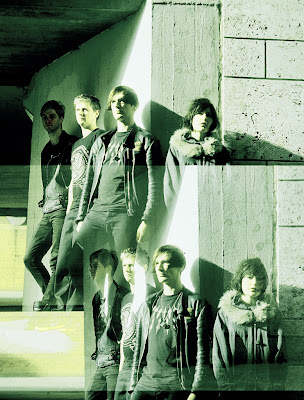 AD: myself and my were in a band at uni called death cigarettes. We moved to London but the pressures of London broke the band up, myself and my went to Berlin to regroup: we found bassist bozley in an anarchist squat and drummer Alex in the Paris commune on the way back to London

US: You seem to get gathering real momentum, how has the last year been?

AD: 12 months ago we played the main stage at offset, since then we haven’t stopped. The gigs have just been getting bigger and better.

MY: the last year has been pretty mad, releasing the album and working on new songs with the guys has been great. I am looking forward to more European shows and getting some more recording done.

US: What do you think of the alternative scene in London, where do you like to watch bands?

AD: I think the scene can be a rather desolate one. Music and culture is so atomised it’s all about tiny niches. I’m currently into witch house. Part chimp in Camberwell church crypt was a memorable gig. My: I’m not sure if there is a scene in London as it is so over saturated but i often see bands at the old blue or Macbeth. I saw the notorious hifi killers last week in Dalston, that was awesome.

US: Whats on the agenda for the summer?

MY: Also looking forward to some studio time to get down some of the new material. It’s all pretty heavy and dark, i am excited about the direction we are going.

US: The festival season underway, whats the best festival you’ve been to and why?

MY: I have just come back from the hop farm festival. It’s only a small festival but we saw Lou Reed, Iggy and the stooges and gang of four among others but it was patti smith that stole the show for me. She was so powerful and her energy was sharp and current; she spoke about letting governments know we are still alive, that we need to raise our voices and remember the voices that have fought before us. It was amazing but also sad- i couldn’t help thinking she is the last strong female voice who refuses to play by anyone eles rules- but thankfully we still have her. 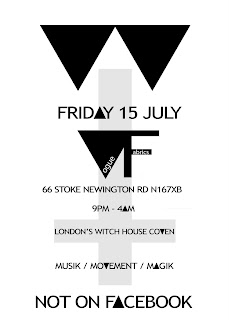 AB: The thing about it is we’re not promoting it much on line
There’s no link to it yet – The Vogue Fabric Facebook page will have an event up soon though. Facebook is so anti promotion, especially for new ventures like ours, that we’re doing this the old skool way; flyering Witch House gigs and word of mouth.

Make sure you are there, we will be. Also keep an eye out for their next release, White Horse.