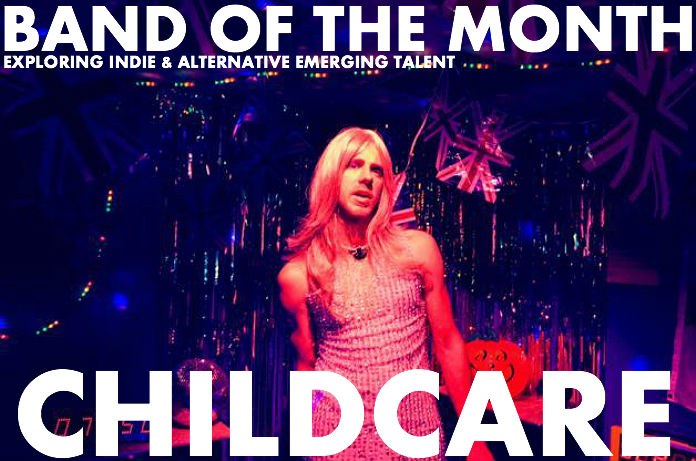 Tell us how Childcare were born?

I’ve been playing in bands for a few years now but wanted to start one where it was totally my project, so in after a summer of festivals I hugged and left my last band, To Kill a King and started this one in Feb 2014.

How would you describe your sound and who/what makes up your influences?

I think I’m harking back to my teenage years listening to ska and punk in terms of the energy I’m trying to create in the music; there’s a backbone of electric guitar and punk influence from the Clash to UK punk bands like Capdown and then people like Jack White. There’s something about a loud, thrashing guitar that will always get me. But then on top of that if you listen carefully you’ll hear hints of dancehall, r’n’b and hiphop in some of the beats and melodies. With a song of mine called ‘Kimberley’, the verses are heavily Destiny’s Child in fluenced and the choruses are straightforward punk rock. Also because I make all the music myself, not jamming in a studio with a band. I add electronic noises and weirdly shifted vocals. I want it to sound original. Ish.

Ok so some of my favourite band of the year was Slaves, I absolutely freaking love them, it’s so simple and works so well, and it’s so powerful.