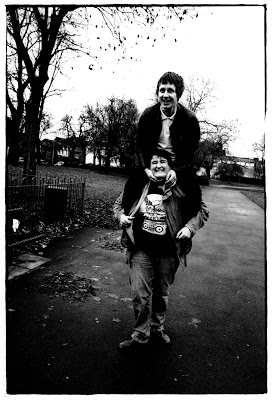 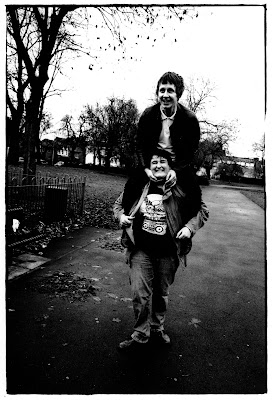 US: What makes up Brown Brogues sound?

US: You are getting around quite a bit now, how has the last year been for you?

BROWN BROGUES: Very good, we toured America early in year and played SXSW put out our first 7″ single, did our first video, toured the UK with The Kills and have just got back from playing a festival on a boat in Sweden and Latitude Festival. The only thing that’s been shit is the crash back to reality after any time away really.

US: What is the plan for future releases/tours?

BROWN BROGUES: Hopefully heading to Europe before the end of this year and plan something in America for next year. Got a couple more festivals coming up before the end of summer then some more shows in London planning a headline show in Manchester not played there since May which is weird because we played there pretty much every week throughout 2010 so the one were doing with Now Wave at the end of August or early September should be pretty special. I’m currently working on our first album just getting all the gear together and finding the right time and spaces to do it in.

US: Have their been any bands you’ve seen recently you’ve fallen for?

BROWN BROGUES: I haven’t seen them play yet but I’ve heard their demos everybody should check out Peacesigns and Daily Life from Manchester, Manchester’s got it good right now for bands, there was a lull there a while back when everything got a bit boring but now there’s a lot going on now. I love sex beet, Jerry Tropicano and Patent Saints from London. Saw a band called the Growlers at SXSW they’re great too.

US: What do you like to do when in London?

BROWN BROGUES: Usually I’m in London because we’re playing a show which have all been really good so far. When I’m not playing I like to hang out with friends down there, the best way to enjoy it is to be there with someone who lives there or knows it really well otherwise it just seems big and boring. I really like London Ben hates it

US: How did you write ‘Don’t touch my hair’?

BROWN BROGUES: Don’t touch my hair started as a riff and a melody and sounded like a 60s pop song took it to practice to show Ben this is pretty much what I do all the time now, he’s my shit-meter he’ll tell me if something I’ve written sounds shit which nobody else has ever been able to do. Then we tried it a few different ways I took it home and wrote the lyrics that’s when it became a bit darker and less poppy. I’m surprised nobody has asked what the song is about. It’s pretty horrible really.