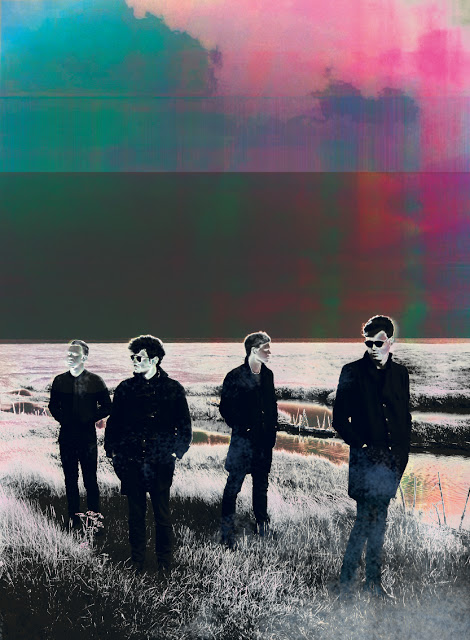 Dark and brooding with explosive choruses! That’s what this BOTM is all about. Sounding ever so slightly BRMC-ish but very oh so sexy we gave you a little preview of these guys a few weeks ago. This London lot will give you chills and are getting enough attention to support The Cults on a few of their up and coming dates. Ladies and Gents, Novembers Band of the Month…BINARY! 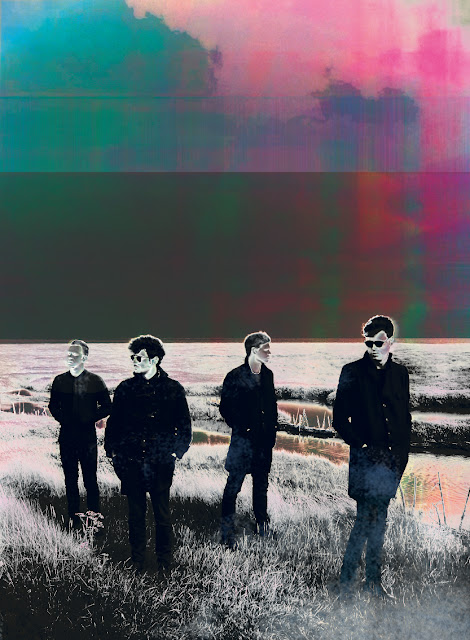 BINARY: We got together in late 2010. David quit Yale a few months before and was writing and producing out of his flat in soho and we all sort of came together around that. We tend to work in a sort of assembly line, usually with David and Francesco coming up with the initial concept and then we all add our individual parts.

The idea behind our music is to take what is essentially a pop song and drown it out and put it in a weird atmosphere. A lot of music today is far too neat and tidy. Everything is compressed and tuned to point where it just loses all character. So we wanted to go in the opposite direction and create something a bit more strange and imperfect.

US: Whats the story behind your debut single Prisoner out Nov 28th?

BINARY: In a nutshell its a song about being trapped in infatuation and longing to be loved. But we try to leave our songs as open as possible. Everyone has a unique relationship with music, so its much better to project a general emotion that can be interpreted and enjoyed in many different ways rather than have a definitive meaning.

US: We like your video for ‘Turquoise’, do have plans to release this?

BINARY: Turquoise was directed by a good friend of ours, Camille Bennet. We met Camille early on and got along really well. We actually finished filming the our second video for “Prisoner” with her last week. We put a lot of energy into this one, trying to match visuals with our sound. But we would definitely like to do a proper release of Turquoise along with the video at a later date.

US: What lies ahead for Binary?

BINARY: Light Asylum did a fucking great remix of Prisoner which we are going to be putting out on the web in a few days. Sort of a Wax Trax meets Construction Time Again vibe… Other than that, the main focus for us in the next few weeks is live shows. We supported 2:54 in Bournemouth last week and we’re opening for Cults on a few dates of their UK tour which we are really excited about.

BINARY: We mainly hang around soho. Its pretty chaotic and seedy which we kind of like. The streets just have this constant energy to them not to mention all the drug dealers and transvestite hookers you would ever need…