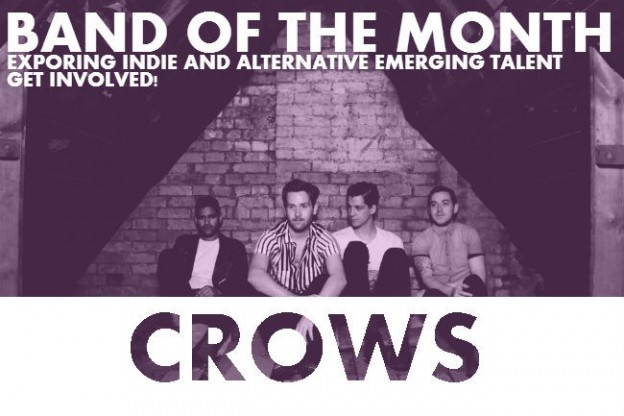 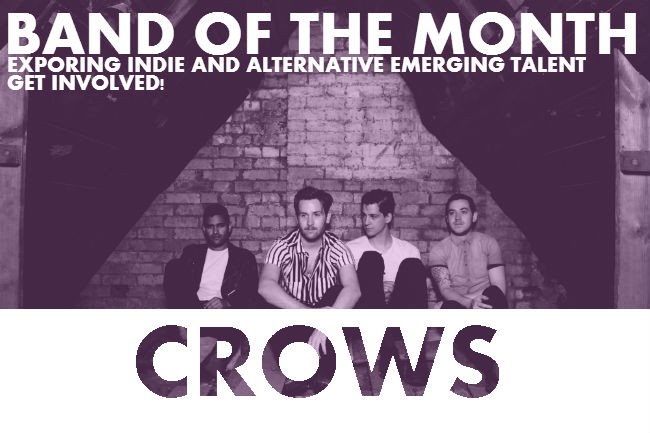 So, CROWS, you are our band of the month…

We never expected to reach the dizzy heights of London On The Inside’s ‘Band Of The Month’! Joking aside, we’re very grateful that someone has decided to bestow such a title on us and it is much appreciated.

You killed the Hoxton Apartment, how was it playing in a hotel meeting room?

We had a fun time playing the Hoxton Hotel to a room of people we didn’t think would either like us or get us. It was a bizarre experience that we probably won’t be repeating anytime soon, unless we are provided with Burger King and Lucozade instead of wraps and water next time.

Your influences come from dark places, who are the bands that live in your head forever?

We find a lot of influence from so many different artists that it would be unfair to say our influences are limited to a few. As far as dark influences go bands like The Cramps, The Birthday Party (and The Bad Seeds for that matter), Tom Waits and anything that sounds a bit brooding or has dark lyrical content, we always take time to take note of. But you can find darkness in anything, to quote the Dude, “It’s just like your opinion…man”. That and we tend to practice with no lights on. The main issue with questions on how “dark” our music is, is that when you actually talk to us, we’re all just normal happy guys who just like smoking weed and that’s about it.

James, your attitude on stage is borderline violent and full of aggression…where does this come from, was it a difficult childhood?

James Cox grew up in Mid-Wales, to suggest any influence from his past has affected his stage performances is just so ridiculous. The worst it ever got was realising that he was not ever going to be an astronaut, when he realised he would actually have to be able to count to more than 20 without taking his shoes and socks off.

You dedicated a song to the late and great Lou Reed, how important was his music and status to you as a band?

We’re all big fans of The Velvet Underground and of Lou’s solo records (apart from the one he did with Metallica, which should never have happened, but we won’t dwell on that and sully the great man’s name, we all personally blame Lars Ulrich for that) we had finished filming the video for our most recent single, Silver Tongues, when we heard the news and it really brought us all down after an exhausting day that had finished very positively. We had played ‘Not A Young Man Anymore’ a few times before and then had decided to drop it from our set a while back. When we heard the news about Lou, we decided we’d bring it back in tribute to one of the most important/coolest guys in rock and roll history.

How did you lot celebrate Halloween?

We celebrated Halloween by releasing Silver Tongues and playing 2 shows in drag with Jith looking like a sexy dead Halle Berry school girl, Laurence as Brian ‘Cher’ May in a hot purple number, James as an ABBA nightmare who decided it would cause more horror to strip down to his panties, and Steve looking like a cross between Pocahontas and Johnny Depp in the Lone Ranger. We might just do it forever now, so much freedom, ladies have it good and breezy.

What other bands are getting your excited at the moment?

As far as established bands go that are getting us excited, we all love Brian Jonestown Massacre, The Black Angels, Deerhunter, Night Beats, Nick Cave & The Bad Seeds, Thee Oh Sees and many more. Most bands that get us excited are our friends’ bands though, to name a few; Hookworms, Little Barrie, Savages, Johnny Hostile, Marshmallow Palace, Human Wave Attack, Slaves, Towns, Coves, Bat Bike. Sorry to anyone we forgot, we love everyone to be honest.

And there you have it, what a band and what ruddy bloody lovely guys. Catch them live this month…