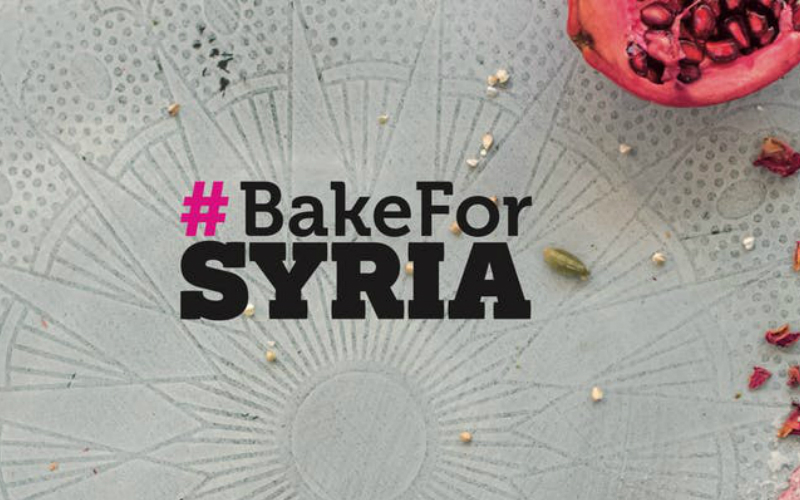 #CookForSyria has been a huge success in London over the last couple of years, raising a lot of money for Syrian refugees while at the same time putting on some delicious events and spawning some fantastic foodie collaborations – they even had a bestselling cookbook. Its dessert-only offshoot #BakeForSyria has its own dedicated cookbook coming out on June 20th and by means of an early celebration (and because its World Baking Day of course) there’s a great #BakeForSyria event on 17th May at The Town Hall Hotel in Bethnal Green.

For a £25 ticket/donation you can try Syrian-inspired canapés made by some of London’s most exciting bakers including Lily Vanilli, The Good Egg, Popham’s, 26 Grains, Dear Safia, Alexandra Dudley, Henrietta Inman, The Store Kitchen, Babelle, Arganic, Happy Endings and E5 Bakehouse. There’ll also be music and a chance to find out more about the #BakeForSyria initiative with founders Clerkenwell Boy and Serena Guen. Oh and you’ll also leave with a gift bag full of treats.

For all that, £25 is a bargain and it’s all going to a good cause so snap up some tickets here before they sell out!