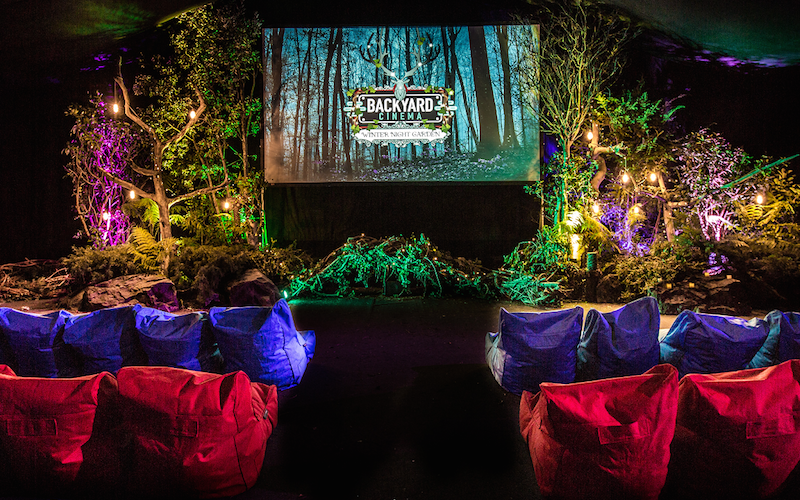 Oh winter, you sure did creep up on us. So if you’re torn between making the most of the season’s going-ons and staying in, getting cosy with a film then the guys at Backyard Cinema may just have come up with something that gives you the best of both worlds…The Winter Night Garden. Set in an enchanted forest found through a magical wardrobe at Victoria Park’s Winterville, it’s the ultimate winter cinema, oh and it’s indoors too, so no chance of jack frost nipping at those toes either!

With 42 films on the line up, there is something for everyone from proper Christmas classics to comedies, family favourites and they’ve even thrown in some non-Christmas films for you scrooges too. And if you’re feeling peckish? Be sure to leave the popcorn and slushies aside, as the Garden is going gourmet. Meantime Brewery are supplying the beers directly from their mobile tanker, Freixenet will be on hand to fill your glasses full of Cava and wine, whilst meat champions The Wild Game Co, will be bringing their  venison & beef burgers to the party.

So grab a friend, blanket, glass of mulled wine and a mince pie…in that order and settle in cos Christmas is coming!