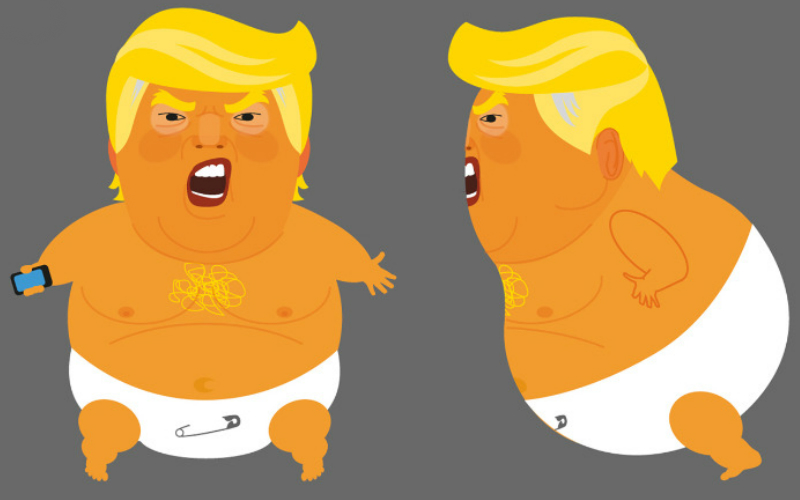 Crowdfunding really is a wonderful thing especially when it allows a giant baby Trump blimp to get made, just in time for the real Trump’s visit to the UK this month. After it was announced that the President was to come to our shores, activist Leo Murray decided to design a 6-metre tall blimp of Trump as a baby, in a nappy, with tiny hands that could be floated as near to him as possible. He smashed his initial target, raising over £15,000, so the baby blimp has been created and there are even plans to take it on tour, following the Donald on his engagements around the world. Fly Trump Baby, fly!

If you wanna catch a glimpse of the big baby here on 13th July, Parliament Square is the place to head for.

Look who will be soaring 30 meters above London this month? Yep, a 60ft inflatable baby Donald Trump blimp…a project that has become a reality through a Crowdfunding project ???????? #trump #london #lotiloves #presidenttrump