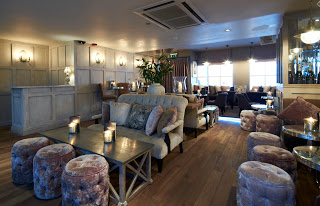 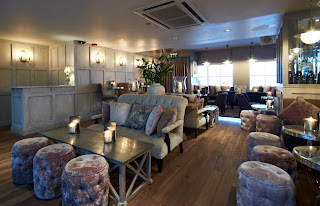 The atmosphere is typically West End, glitzy and glamorous. The ground floor is light and spacious whilst the basement bar is more confined and atmospheric, particularly as the night wore on. This is the sort of bar that will be popular with London office workers for an after work cocktail or two.

The music policy is eclectic but inclusive, mainly sticking to socially acceptable pop like CeeLo Green and Beyonce alongside classic indie and rock like Blondie, White Stripes and Queen.

The real highlight though are the performances by the staff – an instrumental track is played by the DJ and two members of staff with radio mics start to belt out the lyrics. This is fairly amusing when they are around the room, but slightly irritating when they’re behind the bar. Whilst preparing a cocktail for us, the barmaid burst into a rendition of ‘Don’t Stop Me Now’ so energetic that she dropped the cocktail shaker full if alcohol into the ice bin and had to start again. Not the best idea when there’s a large queue at the bar, we were even tempted to stick our head in the ice and lap it up but thought this may alarm other punters.

The cocktail menu features some innovative twists on old favourites although the prices are not cheap, but hey the entertainments free!