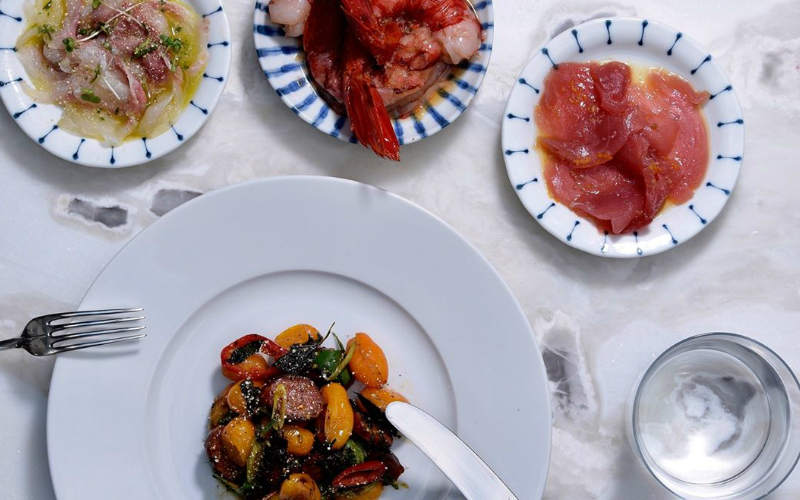 angelina to open in dalston

If you often find yourself torn between pasta and sushi, fear no more because Angelina, which’ll serve a mash-up of Italian and Japanese food is opening in Dalston next month. Whilst the two may seem disconnected initially, both cuisines focus on seasonality, regionality and respect for produce, so we can see where the team is going with this. Speaking of the team, the owner Joshua Owens-Baigler has spent time at the River Cafe, Artusi and Zest at JW3, with chefs Robin Beparry and Daniele Ceforo who have worked at Bevis Marks, Bocca di Lupo, Cafe Murano and Zoilo between them, so not bad credentials at all.

Angelina will serve up a daily changing, eight-course tasting menu costing £48 (with Italian wine pairing for £45), with dishes like unagi risotto with burnt soy butter and dashi; crudite of tuna, prawn and bream; sirloin with radicchio and hibachi; and black sesame panna cotta and milk chocolate. They’ll also be doing a daily plate for £9 (£12 with wine) if you don’t want to commit to the whole menu.

The space will also be home to a tiny Tokyo-style cocktail bar called Golden Gai, and when we say tiny, we mean it as it’s gonna have just six seats. And you’ll have to leave your phone at the door too so no snapping for insta.

And if you wanna get in there first, Angelina is knocking 50% OFF food from 14th – 17th February.

Get Me There
January 24, 2019 by christina
DALSTON, eat + drink, Italian, Japanese