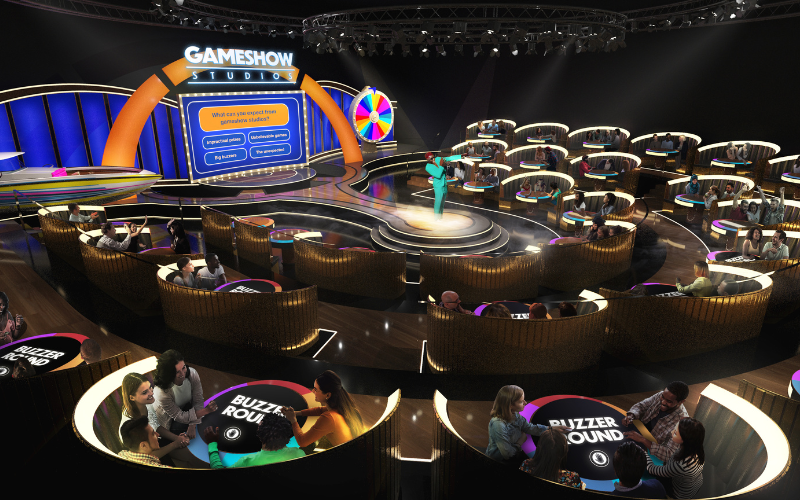 Ever get the feeling that you’d smash it on a quiz game show, but that you might freeze up as soon as the cameras are on you? Now’s your chance to try it out – without the risk of embarrassing yourself on telly. Next spring, Gameshow Studios is coming to London, an interactive TV game show-themed experience that’ll allow guests to test their general knowledge, memory, mental dexterity and luck (with a cocktail in hand, of course).

In groups of 2-6 players, you’ll compete against other teams in a series of quiz rounds while a charismatic host MCs. You’ll battle it out for a place on the leaderboard in fastest-finger-first bonus rounds, questions against the clock and various team challenges.

The vibrant set, modelled after the sorts you’d see on a real-life game show, will feature a main stage surrounded by the teams’ booths which will bear each team’s name and come with buzzers as well as an extra button for ordering food and drink straight to your table. If you’re already a regular on the pub quiz circuit, you’ll wanna check this out.