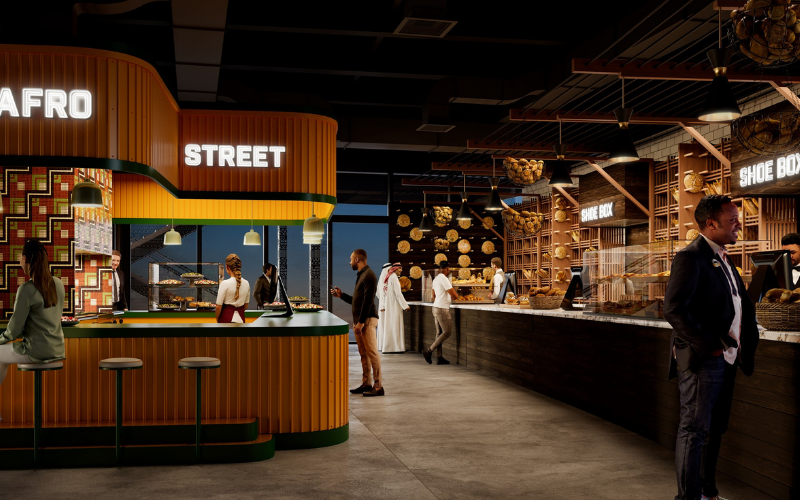 Food halls have been mixed bags in London; some have managed to draw the crowds, others have been failed experiments for the traders that moved in, and that’s before you take the impact of the pandemic into account. However 2022 looks like it could be a good year for the concept, as not only is the rebranded Arcade Food Hall from JKS Restaurants opening its doors, a new African food hall is coming to town too.

Alkebulan is the work of New York-based chef Alexander Smalls and hospo agency TGP International, and has found great success in Dubai where it debuted at Expo 2020. The idea behind the hall was to highlight the diversity of food (as well as art and music) from the African continent, with traders in Dubai including East African seafood experts Seven Seafood, modern street food specialists Afro Street, nose-to-tail Tasty Goat, and pan-African bakery Shoebox.

We don’t know who’ll be opening inside the London site (or where it’ll be either) yet but as well as offering chefs and traders a space to showcase their food, Alkebulan will also run an incubator programme for up-and-coming businesses, with the goal of giving African food the mainstream recognition it deserves.