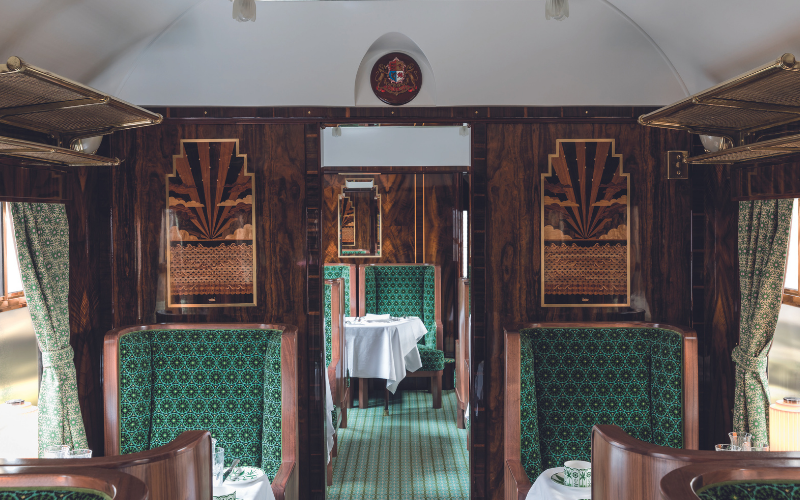 For most of us train travel and glamour aren’t two things that go together, but there is one train in London that’s the very definition of luxury – the Belmond British Pullman. Made up of beautifully restored, elegant carriages – Wes Anderson has even designed one of the vintage cars – the train harks back to the golden era of rail travel, transporting you back in time as well as through the countryside whilst you sit back and enjoy an exclusive dining experience.

The train is used for all sorts of events throughout the year but there are some extra special journeys planned for this year. There are two very different but equally as exciting trips to Brighton; the first is on 30th April to mark the 50th anniversary of the final journey of the Brighton Belle hosted by broadcaster and railway enthusiast Michael Portillo, and the second on 6th August, is to coincide with Brighton’s Pride Festival, where queens Cheryl Hole, Vanity Milan and Kitty Scott-Claus will be hosting a drag brunch.

And throughout the year, social enterprise Luminary Bakery is partnering with pastry chef Claire Clark MBE and her Pretty Sweet team for afternoon tea on board. As well as indulging in sweet and savoury treats, afternoon tea guests will receive a copy of Luminary Bakery’s Rising Hope cookbook with Belmond making a contribution to Luminary for each ticket sold.

Riding the rails on the British Pullman doesn’t come cheap but if you’ve got a special occasion coming up, this is how to celebrate in style.