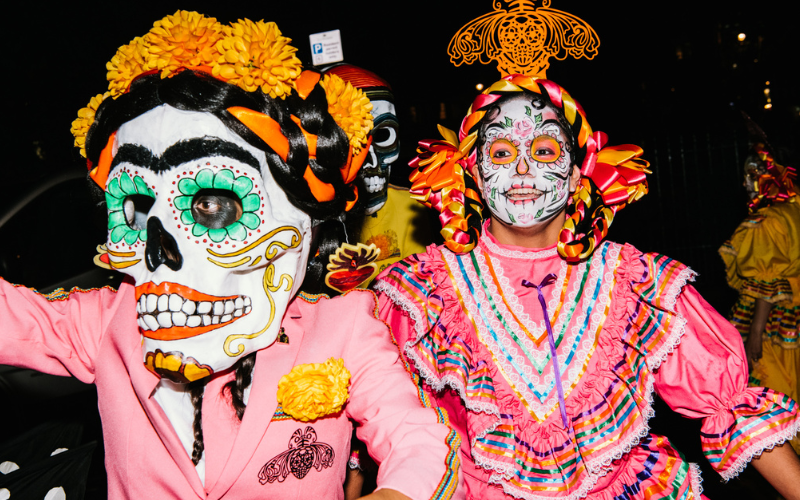 Día de Muertos is coming to life this 1st and 2nd November as PATRÓN is bringing Mexican culture to the streets of London for an immersive parade that will wind its way through the capital from Bermondsey to Soho. Once on board the marigold-adorned double decker bus, inspired by the traditional floats you’d see in Mexico City, you’ll be able to discover the culture and craft behind Día de Muertos and learn how the festival celebrates life, all whilst surrounded by a host of performers, from skull puppeteers to mesmerising Mexican dancers in traditional Día de Muertos dress, directed by Miguel Torres Umba, Creative Director of Secret Cinema.

You’ll also raise a toast to the celebration with a PATRÓN Paloma Roja cocktail, a seasonal twist on the classic PATRÓN Paloma featuring hibiscus alongside grapefruit. Some of the city’s top bars will be offering special Patrón serves and cocktail menus – including Hacha, Satan’s Whiskers, Raffles, Bulgari Hotel and Arcade – so you can continue the celebrations after the parade.

If you can’t make the parade, you can still get involved in the Día de Muertos celebrations at home by shaking up a PATRÓN Paloma Roja or two. Here’s how to make one:

1. Combine all ingredients in a shaker with ice
2. Shake to chill and combine
3. Strain into a salt & dried hibiscus-rimmed Collins glass filled with fresh ice

If you do wanna be on that bus, tickets for the parade cost £10 each and include a choice of one of four time slots and a PATRÓN Paloma Roja cocktail. ALL ABOARD.