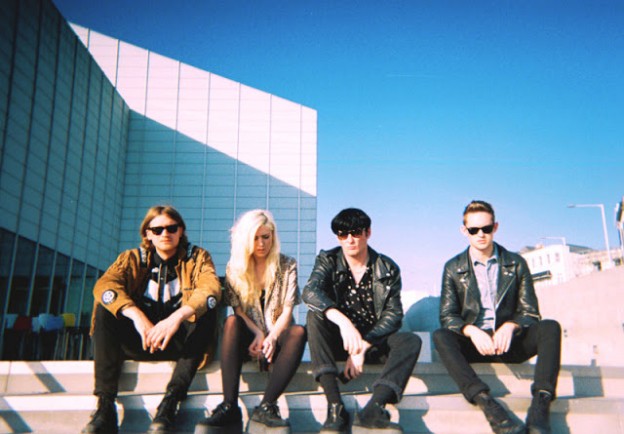 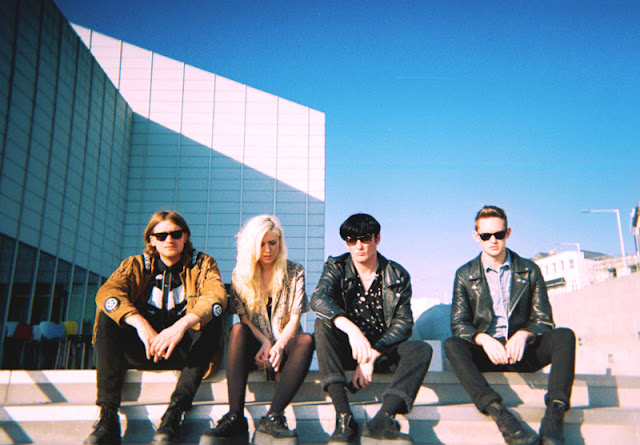 Eagar to blast this out at HQ it’s a mixture of excitement and nerves as the first of the twelve tracks erupts from the stereo. ‘Together Forever’, a song which any Two Wounded Birds fan worth their salt will know has been a live favorite for a while and hangs heavy on the short, fast summer surf pop that puts the F.U into FUN.

Although heavily influenced by 50’s rock n roll most distinctively Brian Wilson’s Beach Boys it’s not a copy cat attempt to steal from their heroes. Two Wounded Birds best assets is their sense of melody and ability to craft pop songs that from their essence dwell on a feeling that the listener can relate too, and boy have they learn it well.

‘My Lonesome’ is a clever example of just their craftsmanship, this wouldn’t be out of place on Pulp Fiction for Christ sake. Front man Johnny Danger’s almost whispers at times or endlessly hangs out the haunting melody of the dark and lonely lyrics interchanging with slick guitar riffs that are drenched in reverb.

‘To Be Young’ sums this band up in a way, it reeks of longing, longing for their dreams, they are young and ambitious but fearful. ‘It’s true, I always knew, cos we were young and hopeless’

Its is so easy to list the qualities of each track, each one a potential single, which surely makes this a brilliant debut album. From listen one its openly easy to get into, even ignoring the obvious familiarity we have with alot of these tracks there are many that we are hearing for the first time too and we are hooked. There most Jerry Lewis moment comes on ‘Daddy’s Junk’ a twelve bar blues number that flows with a thump and sexy melodies with all the vocal highs and lows of the rock n roller piano entertainer. The sun spits across the sky and shimmers in the heat on the opening bars of ‘The Last Supper’ an instrumental which falls into another Tarantino moment of glory.

Their is however one haunting blunder, the opening of ‘If Only We Remain’ is exactly the same as ‘Night Patrol’ something which we’ve often picked up when both are included in their live set, if this is deliberate the meaning is lost on us. It’s a great song that has a totally different feeling but using the same riff spoils it and to use it twice is off putting but it creeps back in final song ‘Glowing’. Maybe through the sounds of the 50’s they have borrowed the technique of using the similar music for making different tracks something that we wish they had avoided.

The pace slows considerably in the second half of the album, from summer sun to winter blues, softening their 50’s rock n roll stamp. We have to admit the real stompers are what truly gets us excited about Two Wounded Birds but their self title debut is more than enjoyable, impressive and catchy. A band we’ve watched slowly rise and one we’re looking forward to watching grow. It’s well worth the purchase.