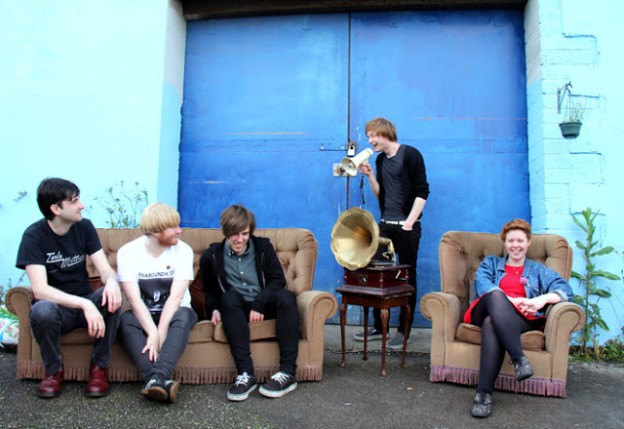 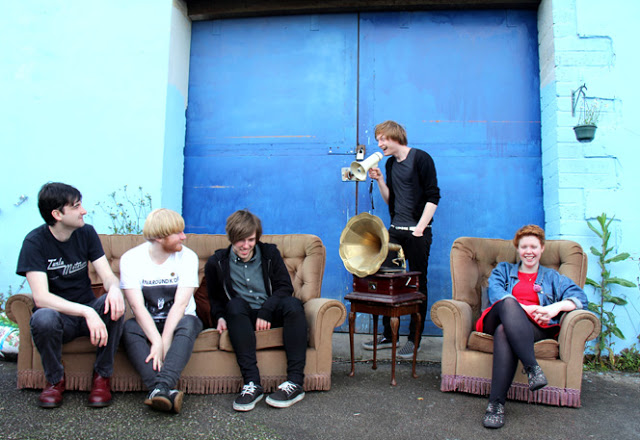 
THIS MANY BOYFRIENDS
RELEASED: 1st OCTOBER

Just like the average musician you’ve probably dated, This Many Boyfriends are a cheeky, charming northern ?ve piece from Leeds. A little wayward and rough around the edges, but in it for love.

Opening their self-titled debut record with the lyric “you love pop songs about being in love more than being in love in the ?rst place” could almost be their mission statement. They love a bit of indie-pop and ?ll their reverb-fueled album with catchy. melodic songs like ‘Tina Weymouth’ and ‘You Don’t Need to Worry’.

Standout tracks ‘(I Should Be a) Communist’ and the predictable ‘Number 1’ have no real lyrical meaning, but that’s the key to the whole record. This Many Boyfriends aren’t trying to make the next ‘Dark Side of the Moon’, they’re not taking themselves too seriously, they just want to keep their own garage band style simple and get up on stage to play some songs, just like they saw their favourite bands before them do.

In?uences creep in here and there, with a motown vibe on ‘Young Lovers go Pop!’ but the punk ?avoured track ‘I don’t Like You (‘Cos You Don’t Like The Pastels) if an homage to the Ramones in style and a lyrical tip of the hat to the bands they love, as lead singer Richard argues in the ?rst verse “I didn’t leave you when you said you didn’t like Springsteen, I didn’t even ?inch when you said you hated the Go-Betweens but what you said about Baby Honey was truly unforgaivable…”

Squeaky riffs on ‘Starling’ and shouty choruses on ‘That’s What Diaries Are For’ add to the raw, unkempt sound of the band and creates their forever changing identity. After recovering from the sudden death of guitarist Pete Sykes last year, Ryan Jarman of The Cribs came on board to produce ‘This Many Boyfriends’ which was obviously meant to be as founding band member Daniel had taught himself to play guitar by listening to The Cribs. Mutual love of the same bands helped Ryan put the puzzle of the Boyfriends’ rhythmic riffs and rookie rhymes together in Edwyn Collins’ home studio, producing a musical thank you note to pop music itself and the bands they love.

Every little boy wants to learn to play guitar, so he can get all the girls and be a rock n’ roll star. That’s exactly what This Many Boyfriends have done, they may not be masters of their craft yet, but they know how to write good songs and here’s hoping they hit the road with this record soon, because many fans are waiting anxiously to meet their ‘Boyfriends and hear these songs played live so they will be inspired to pick up a guitar and start a band.

‘Number 1’ is out October 1st. ‘This Many Boyfriends’ is released a week later through Angular Recording Corporation.