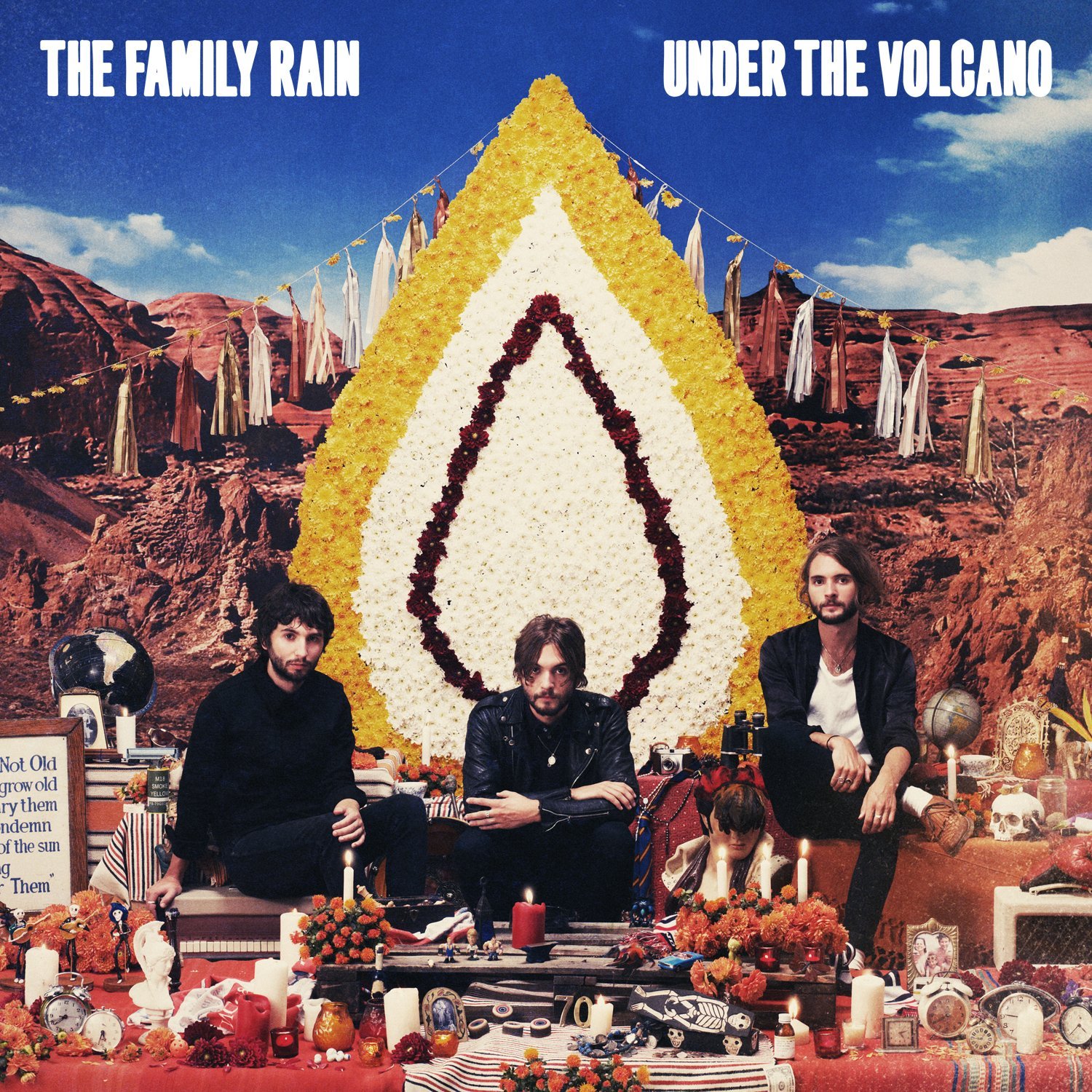 In 2004 The Family Rain were part of a Motley Crue style four piece known as The Rock Pirates. We love them even more for this. We mean, we’ve all been a member of a glam rock band at some point in the mid 2000’s so it’s nice to see one grow up, change direction, develop a better image/sound/name/pretty much everything while keeping that human quality that makes them so charming in the first place. Don’t worry though, The Family Rain’s debut is far from cheesy Darknessesque power rock, think Cold War Kids meets J.Roddy Walston and The Business and you’re more on the mark.

Released February 3 with Virgin EMI/Vertigo, Under The Volcano is the highly anticipated debut album from Bath based William, Ollie and Timothy Walter AKA The Family Rain (see where they get the name?). The first four tracks have already been released as singles with the fifth “Don’t waste your time” to be released May 12 and it scares me a little to acknowledge that the other eight unreleased tracks have single potential.

Simple melodies, bags of personality and an unapologetic lo-fi sound give Under The Volcano a cool appeal, the Walter brothers could shave their beards and still be cool, they’re that cool. There’s no lengthy intros or tedious five minute build-ups, “Carnival” kicks in almost straight away with the kind of instant appeal we previously thought had become extinct in modern music. This appeal doesn’t seem to die throughout, “Don’t waste your time” is one of those songs we could keep on repeat for a long spell, it has a massive chorus, a sort of roaralongatafestivalforallyou’reworth chorus, “White Marble Soup” shows a more relaxed side to the band and the final “Friction” is the sort of catchy tune that could be stuck in your head for days but not in a way that makes you want to bang your head against a wall, in a way that would lead you to tip a barista that spells your name with two numbers and an unknown symbol just from the joy singing along brings.

In conclusion, “Don’t waste your time on me, I will only let you down” may be the lyrics that make the massive chorus from the band’s new single but it’s a bad lie, The Family Rain have a very bright future ahead of them and unless you get some sort of weird joy from terrible music, Under The Volcano definitely won’t let you down…