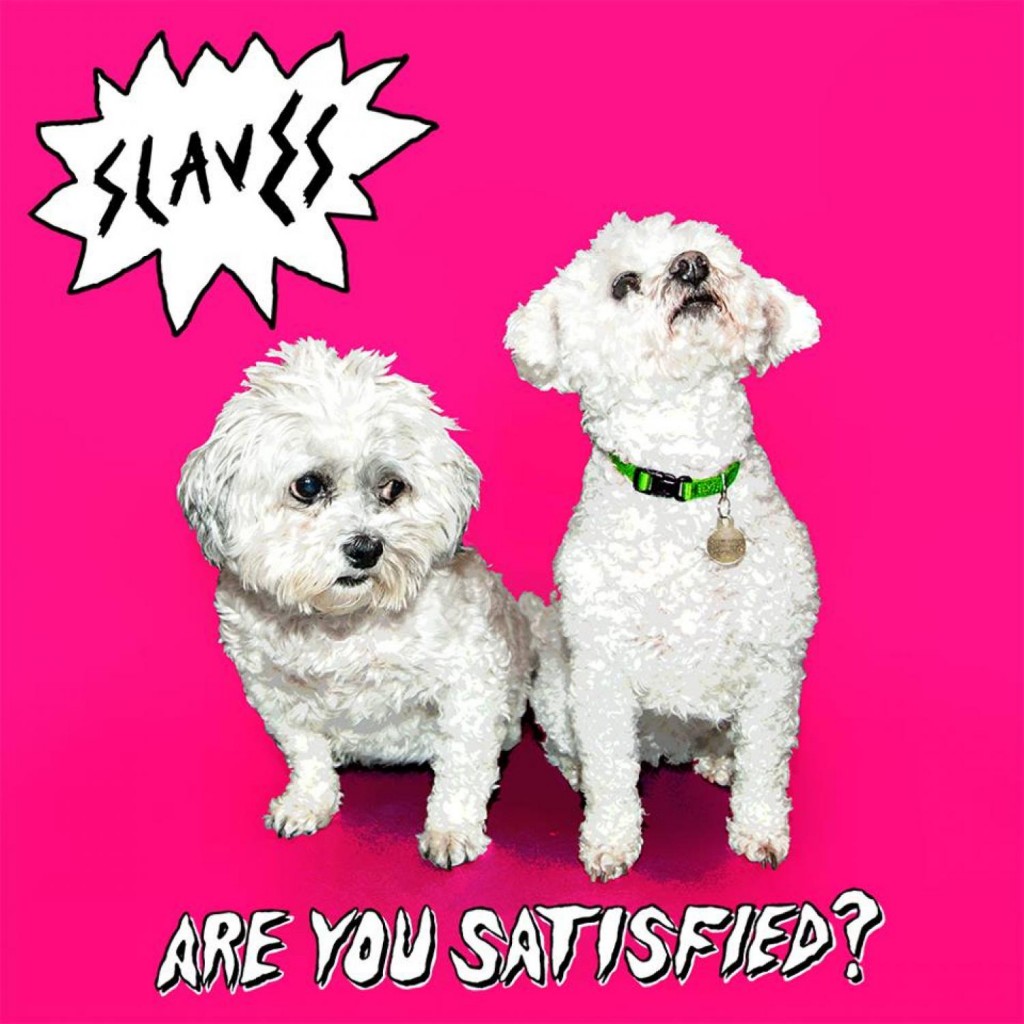 Hailing from (Royal) Tunbridge Wells, Slaves aren’t exactly the band you’d expect to be singing about the trials and tribulations of 21st century life for young people, but the fact is music hasn’t had a lot to say as of late and its about time someone did…which is exactly what Slaves are doing. The first track on the album ‘The Hunter’, which made its debut WAY back in January, and latest single ‘Cheer Up London‘ ask the questions a lot of people are afraid to answer and its music that actually delivers a message whilst ‘Sugar Coated Bitter Truth’ lays the feeling out flat with the lyrics ‘don’t trust the flies, they are government spies’. Overall, its punk brought back to the bare basics; honest lyrics and loud instruments and somewhat sticking it to ‘The Man’ (even though there’s a major record label involved).

It’s not that Slaves have lost the essence of their rawkus live shows on this record but it feels a bit too polished for a band who have such energy and spontaneity on stage (especially when it gets to the point in the evening when a bit of ‘Feed The Mantaray’ happens!). All we can say is that “Are You Satisfied?” is best played LOUD and is set to be a future classic. Its an album you’re gonna be telling your mates, your kids and even your granny about.