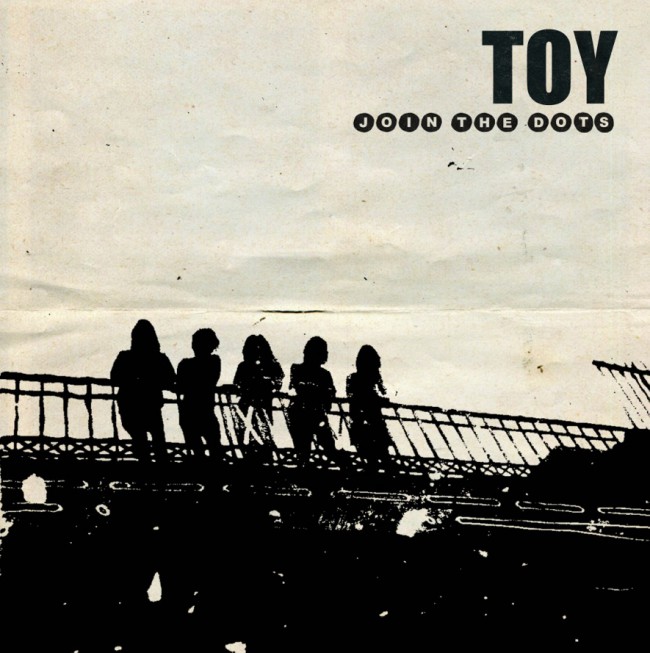 When the first few words do arrive during ‘You Won’t Be The Same’, they’re not of a pleasant nature, ‘I’ll pick you up, lay you down, and watch you drown’, Tom Dougall sings with a sadness as though he’s just missed a bus, it’s sheepish and brilliantly sarcastic, all adding to the curious charm of the Londoners sound. One track discretely bleeds into the next, forgetting the haste of ‘Motoring’ and ‘Colours Running Out’, this record comfortably ambles in it’s own time-scape. That is until title track ‘Join The Dots’, which commands affection from the word go with a tantalising lapsed bassline.

This album is packed with familiarity. The effect-happy vocals of ‘Endlessly’ and ‘Left To Wander’ can only confirm that TOY haven’t moved away from the sound heard on 2012’s debut. All of the same ingredients have been used here, released on the same label ‘Heavenly’ and produced again by ‘Dan Carey’, means there’s little reason for change. As expected the glamorous yet obvious influences are ever-present, with My Bloody Valentine being the most blatant. TOY have also retained their most enchanting trick, which is to surprisingly nestle melodic outbursts into a discourse of reverb. ‘Fall Out Of Love’ works as the best example of this, topping off the sixty-minute work on a rather poignant note.

There’s once again a great level of imagination used on this record and it’s destined to keep people happy. ‘Join The Dots’ is a piece of work that stands up in a genre that has been done-to-death with it’s own unique-selling-points. It by far doesn’t exceed the colourful energy of the first effort, but instead effortlessly matches it.