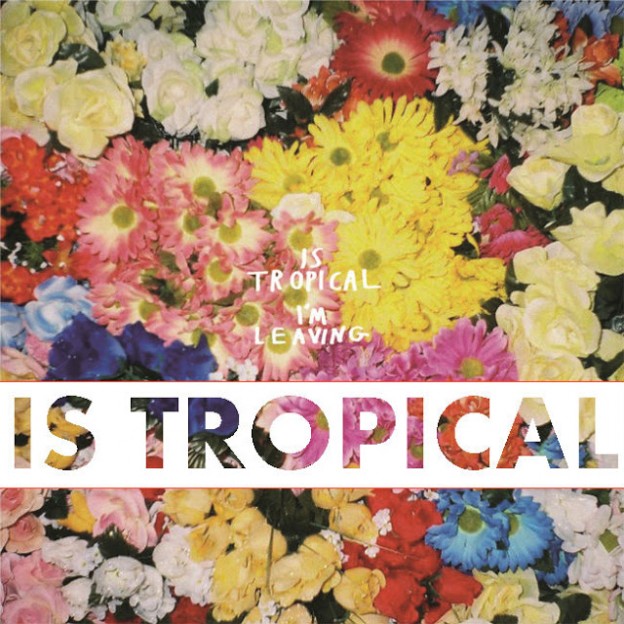 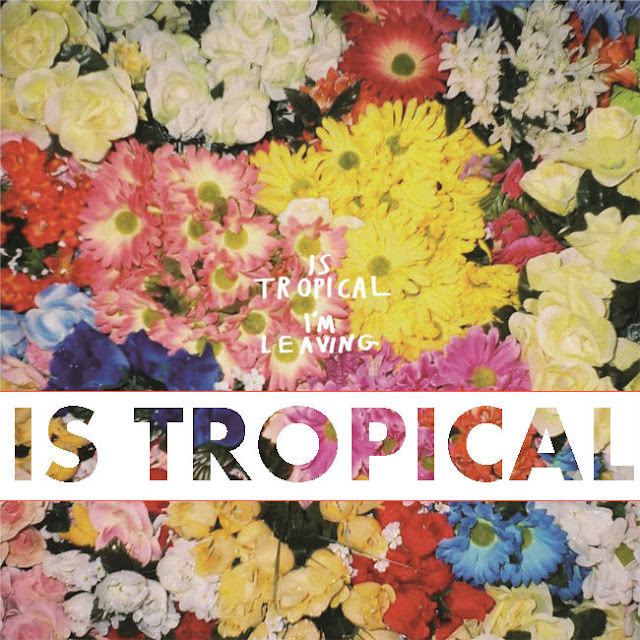 It seems like a lifetime ago that our ears were tuned to that of debut album NATIVE TO, however, young London trio IS TROPICAL are back. This time with an altered, edgier and definitely more downbeat sound to that of before. If you’d been missing dancing your socks off to IS TROPICAL then do not fear, it’s still magically fun to listen to. Their new sound mixes the familiar vibe of craziness whilst clearly taking on some of the more mature sounds of their producer’s previous work.

The album opener ‘Lover’s Cave’ depicts this perfectly, with guitar riffs that echo those of los campesinos ‘You! Me! Dancing!’ and sets the scene for the rest of ‘I’m Leaving’. The next track, ‘Dancing Anymore’ follows in the same laid back fashion and is without a doubt going to feature on many summer playlists. This catchy beat is accompanied by an eye popping video, not surprising when you realise their record label is KITSUNE.

‘Lilluth’ is a slightly more sombre song, which is balanced by the high pitched synths of the next track ‘Leave The Party’. Whilst ‘Cry’ begins slowly it shows us just how much they have matured as a band. Not many understand how to build a song up in layers anymore, and their continual addition of guitar and synth throughout this song makes it a favourite of ours. ‘Sun Sun’ gives us a cheeky sneak peek of their previous youthful sound with some playful lyrics proclaiming that it’s ok ‘to make adult films on a dull day’, good to know we have their consent! ‘All Night’ is a much more chilled out and feel good track. It’s additional haunting vocals from Ellie Fletcher of the Crystal Fighters works in a very similar way to that of the magic numbers, which can only say good things. ‘Toulouse’ sets us up nicely for the album closer ‘Yellow Teeth’ which does exactly that, closes the album, nicely, completely and quite frankly, unexpectedly.

It seems that producer Luke Smith has taught the band a few things and we like what we hear. Their influences are resonate in their new sound, and whilst we miss some of the crazy fast beats from NATIVE TO, it is clear that IS TROPICAL have matured musically whilst maintaining some of the fun that was so prominent in their first album.