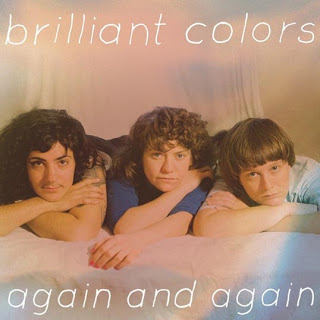 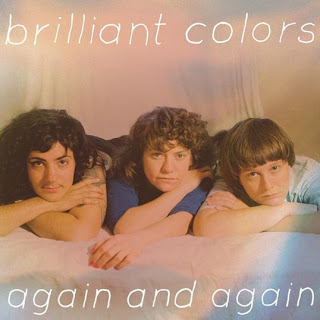 The record is so open its appeal is direct; you could say it isn’t anything new but it’s brilliant pop that will have fans of Vivian Girls, TPOBPAH and Crystal Stilts going crazy all summer long. Is this another girl led indie band, well yes it is but women seem to be leading the way at the moment. Full of bright chords filled with fuzzy distortion path the way throughout and they captivate that vintage sound.

Opener ‘Hey Dan’ has a very dreamy feel with vocal melodies floating in and out and under guitar. ‘How Much Younger’ has that Smiths feel to it and is another classic indie pop number that just sounds like you’ve heard it before but can’t quite put your finger on it. The hooks carry out the whole way through the song and it has a rather peculiar video.

Brilliant Colors – How Much Younger from Slumberland Records on Vimeo.

Current single ‘Round Your Way’ holds the same style of song, the hazy clanging guitars over steady rolling drum beats. One of our favourite tracks is ‘Back to The Tricks’ with its soaring chorus bordering on epic. As the last track ‘LA’ fades in (Smiths again) it’s obvious that their songs are similar in composition, chord progression and style but that being said it does not get tiresome or detract from any of the other sing on the record. Pretty much all of the tracks start off with guitar intro’s except ‘Telephone Stories’, opening with a bass line slightly slower but then everything comes crashing in including the haunting melodies.

An intriguing, fun and clever album of lo-fi pop. Get drunk, dance with yourself and have fun again and again.