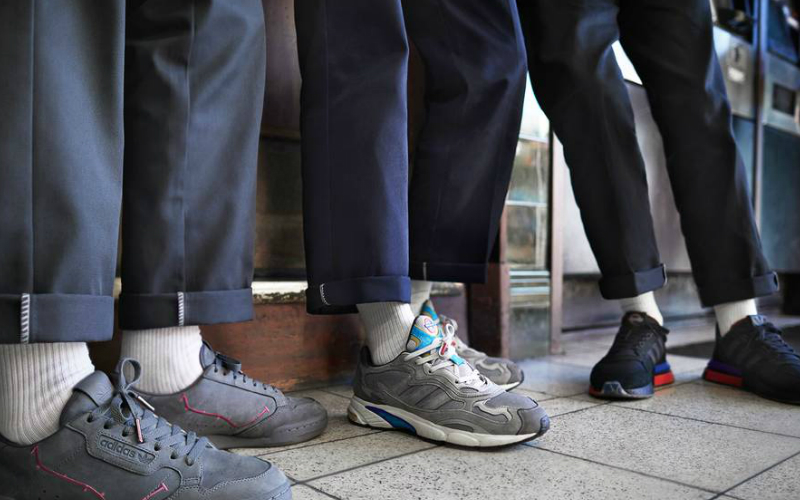 If you’re always running for the tube then this latest Adidas collab is right up your street. They’ve hooked up with TfL for the ‘Oyster Club Pack’, a seriously limited edition – we’re talking 1500 pairs in total – set of three trainers inspired by the good ol’ London Underground. The Adidas Originals ZX 500 RM features red and blue accents as well as a roundel on the tongue of the right shoe; the chunky Temper Run references the Oyster card anniversary of 30th June and has a Mind The Gap logo on the tongue; and the Continental 80 has a Metropolitan line maroon side stripe.

It’s all in honour of the Oyster Card, which is celebrating its 15th anniversary, and with each purchase of an £80 pair of kicks, you’ll get an Oyster topped up with £80 (so they’re basically free) in a spesh leather wallet. They drop at the Adidas Originals stores in Carnaby and Spitalfields but with only 500 pairs of each, you’d better be quick.