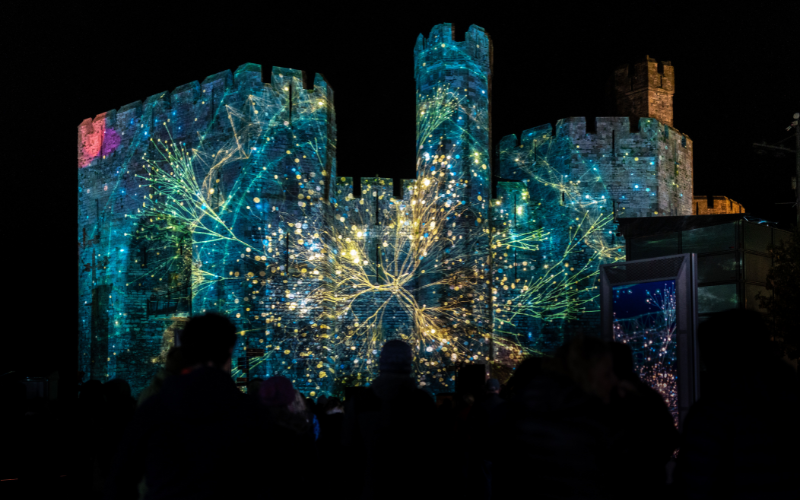 This month, the Tower of London is being transformed into a canvas for the spectacular light show, About Us. The show tells a 13.8 billion-year history of humanity, from the big bang to the present day, accompanied by live choirs performing an original score composed by acclaimed musician Nitin Sawhney CBE. Alongside the projections, About Us will feature words by some of the UK’s most exciting contemporary poets, including Llŷr Gwyn Lewis, Jen Hadfield, Jason Allen-Paisant, Khairani Barokka, Stephen Sexton and Grug Muse. And singers from all five of the locations that have already been visited by the installation will be brought together for the first time, with members of Codetta, Hull Freedom Chorus, Glasgow City Chorus, Côr Dre, Côr Eifionydd, and BIG Hat Factory Choir to perform. The free 25-minute show will be shown daily, running every 30 minutes between 5.30pm and 9.30pm.