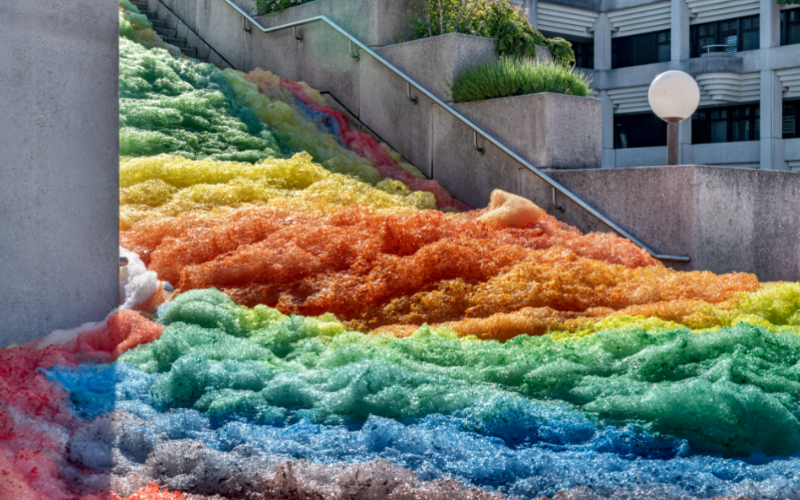 London’s leading free festival of outdoor theatre and performance art, Greenwich+Docklands International Festival, is back for 2022 and has just announced this year’s highlights. Among the lineup of international artists will be House of Suarez presenting their contemporary dance performance House of Oak and Iron, theatre company Fevered Sleep with their immersive audio promenade experience The Sky is Filled with Thunder, Crowd_Ctrl with a dance and LED visual show, and Cia Maduixa with their performance Migrare about female migrants fighting for a place to call home.

They’ve also announced two installations that will be appearing as part of the festival, including Peter Hudson’s Charon, an immense 32ft high artwork featuring pre-film animation technology zoetrope depictions of rowing skeletons, and Stephanie Lüning’s Island of Foam: Version XVIII which will unleash a tidal wave of multi-coloured foam at Greenwich Peninsula. The full programme of events, including the festival’s headliner, will be announced in June – stay tuned.