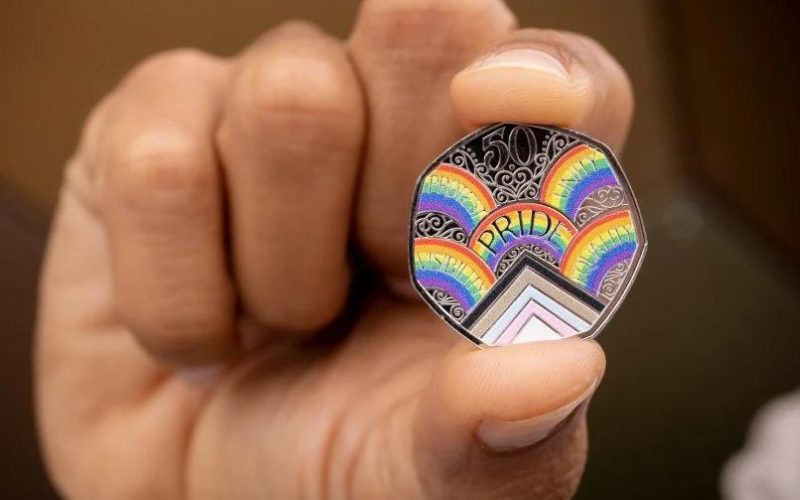 This year marks 50 years of Pride in the UK and the Royal Mint is marking the anniversary by releasing a spesh rainbow 50p, which is also the first time the LGBTQ+ community has been represented on a UK coin. It’s been designed by artist, writer and LGBTQ+ activist Dominique Holmes, and features the words ‘pride’, ‘protest’, ‘visibility’, ‘unity’ and ‘equality’ as well as rainbows in the colours of the Rainbow Flag, and arrows in black, brown, pink, blue and white in reference to the Progress Pride Flag, created by Daniel Quasar to represent people of colour and transgender individuals.

Pride in the UK started out back in 1972 in London as a protest in solidarity with those involved in the Stonewall riots over in New York, and whilst it still retains those protest roots, Pride has developed into a huge celebration and that’s what the coin represents. The rainbow 50p won’t be in general circulation (it’s not one you’d wanna spend on a choccy bar anyway) but will be launching in gold and silver in the summer.