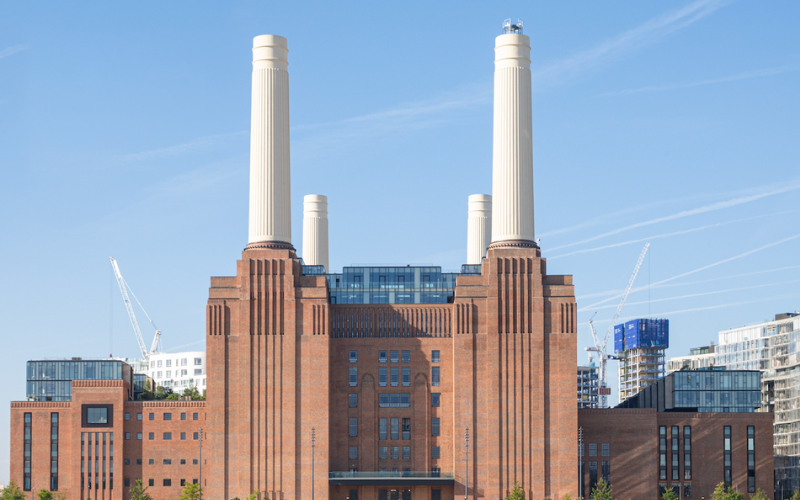 Battersea Power Station has been undergoing a serious amount of regeneration over the past few years, which started with all the development around Circus West Village and has now moved onto the building itself, with the announcement that JKS will be opening a huge new Arcade Food Hall there. The Grade II-listed Power Station will be opening the doors to the public this autumn and as well as seeing it from ground level, you can shoot up to the top of it via a glass lift inside one of those iconic chimneys.

Once you’ve had a look around the interactive exhibition in the Art Deco Turbine Hall A and learned about the building’s history, you can step inside LIFT 109 and ride up to the viewpoint in the north-west tower 109 metres above the ground, where you’ll get 360-degree views over Battersea and beyond. It’ll be just like in Charlie and the Chocolate Factory except this glass elevator won’t burst through the ceiling and into space. We don’t know exactly when it’ll open yet or how much tickets will be so watch this space for more.