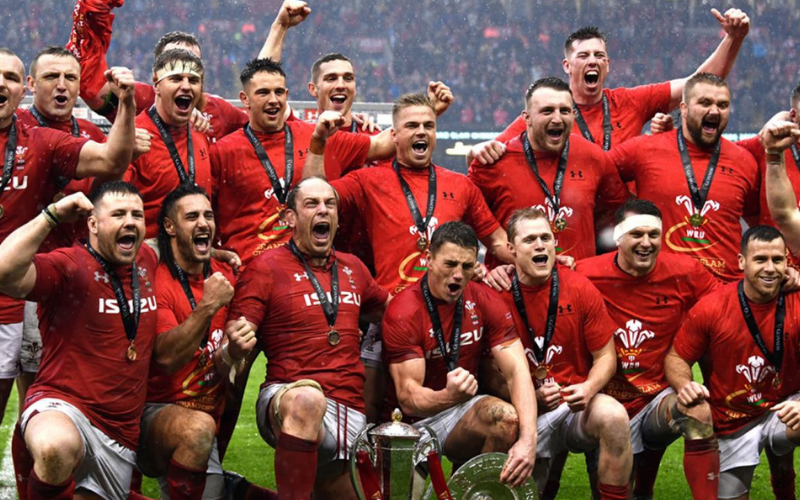 The Six Nations is one of the biggest and oldest events in the rugby calendar, taking place each spring featuring the six nations (duh!) of England, Ireland, Scotland, Wales, France and Italy. Let’s have a quick history lesson so you’re all up to speed ahead of that first kick on 5th February and don’t forget to join LOTI A.M.C so you can put all your new-found knowledge to good use.

Originally known as the Home Nations, the tournament started way back in 1883, making it the first ever international rugby union competition, and included the home nations (obvs) of England, Ireland, Scotland and Wales. France joined in 1910, resulting in a rebrand to the Five Nations, and aside for suspensions during both World Wars and a period where France were excluded (between 1932-39 and rejoining post-war in 1947), it remained a five nation competition until Italy joined in 2000, taking it up to an even six.

Since the Six Nations era started, Italy, along with Scotland, have never won the thing – in fact, Italy has the most wooden spoons at 16. England however have won the tournament the most times with seven victories. Here’s hoping that number becomes eight this year.

And talking of England and Italy, England hold the record for the most points scored by a team in a single match, notching up 80 against Italy in 2001. In that same match, Jonny Wilkinson scored 35 points, which is the most individual points scored in a single game. Italy does boast one positive record – Sergio Parisse has made the most Six Nations appearances with 69. The Irish have also made their mark on the Six Nations; Ronan O’Gara holds the individual points record with 557 points and Brian O’Driscoll has scored the most tries, going over the line 26 times.

The teams are all competing to be winners of the overall tournament so they can lift the Six Nations Championship Trophy. Of course everyone wants to win the big one but there are also a host of other mini competitions happening within the Six Nations, meaning more opportunities to secure bragging rights. Here’s what else the teams are fighting it out for:

Grand Slam – the team that wins all its games in the Six Nations wins the Grand Slam. It’s like the cherry on top of the trophy.

Triple Crown – only applicable to England, Ireland, Scotland and Wales. A team can win the Triple Crown if that team wins all three of its matches against the other home nations.

Calcutta Cup – this has been contested between Scotland and England since 1879, and it’s named after the Calcutta Rugby Football Club, which melted down all its rupees to form the cup after the club was disbanded.

Millennium Trophy – England and Ireland compete for this one, which was started in 1988 to mark Dublin’s centenary.

Centenary Quaich Trophy – named after a Gaelic drinking vessel, Ireland and Scotland have been battling for this trophy since 1989.

Guiseppe Garibaldi Trophy – introduced in 2007 to mark the 200th birthday of Garibaldi, a leader in the unification of Italy and a general in the French army during the Franco-Prussian War, this one is contested between Italy and France.

Auld Alliance Trophy – one of the two most recent creations. Brought in to mark the centenary of the end of WW1 to commemorate rugby players from both countries who were killed in the conflict, France and Scotland have been competing for the Auld Alliance Trophy since 2018.

Doddie Weir Cup – introduced in 2018 and contested by Scotland and Wales, this trophy is named after former Scottish international Doddie Weir, who suffers from motor neurone disease, as a way to raise awareness of the condition.