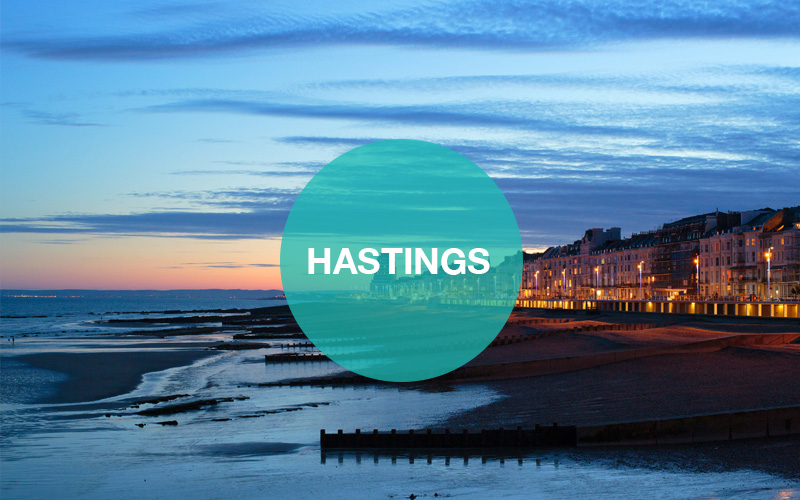 When you ask people about Hastings you’re probably going to get someone throwing a date at you…’1066 mate’. Yes the Battle of Hastings…which actually took place some six miles outside Hastings. This sea side town has been through some shit, no doubt, though it has been modestly rewarded for it having won the Platinum Loo of the Year Award and an Individual Attendant of the Year Award in 2013 for its public toilets at the Stade beach. Once the home of Anglo-Saxon followers, Hastings is steeped in history though now more about fishing than fighting, this sea side town has a few tricks up its sleeve…CHARGE! 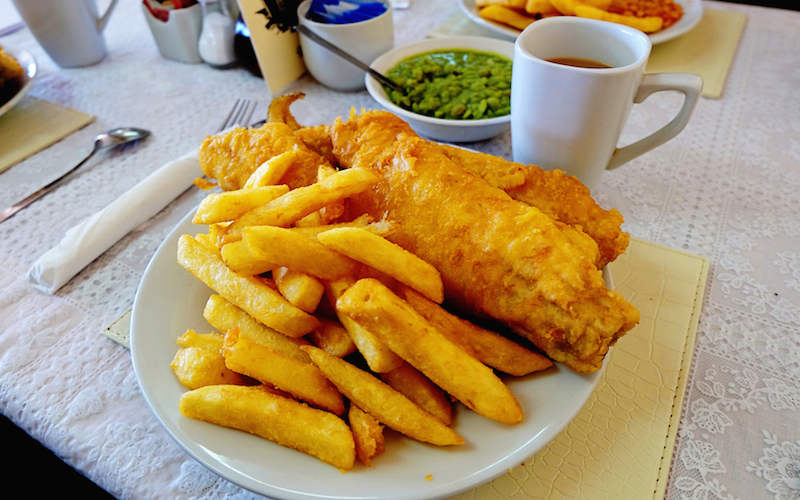 Of course Hastings is full of seafood, like most British seaside towns, but you won’t find fish much fresher than the stuff served up at Maggie’s…the catch is unloaded outside their front door! Sat right down on the beach, Maggie’s is a no-frills kinda place but their fish ‘n’ chips come in HUGE portions and are all cooked to order by Maggie herself in the open kitchen. But this place is only open for a few hours a day and very busy, so if you want to try some of the best fish ‘n’ chips around you better book ahead. Or if you’re after something a bit more alternative, try the Boulevard Bookshop and Thai Cafe – a homestyle cafe where the food is cooked exactly to your own taste and at £15 for two courses it’s a bloody bargain too! 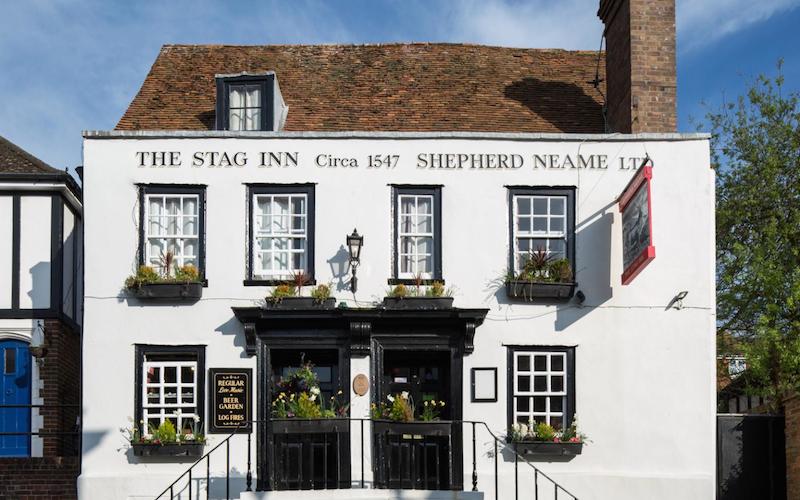 Hastings is all about the old school pubs so whether you’re a cosy up by the fireside type or sing-a-long to the pub piano type you’re covered. The St Leonard is a proper locals pub with a good selection daily changing casks from local breweries and on a Wednesday night you’ll find the place jam packed with loadsa competitive quiz goers. Or if you’re after a bit of peace and quiet, climb up to the terraced garden above The Stag Inn. 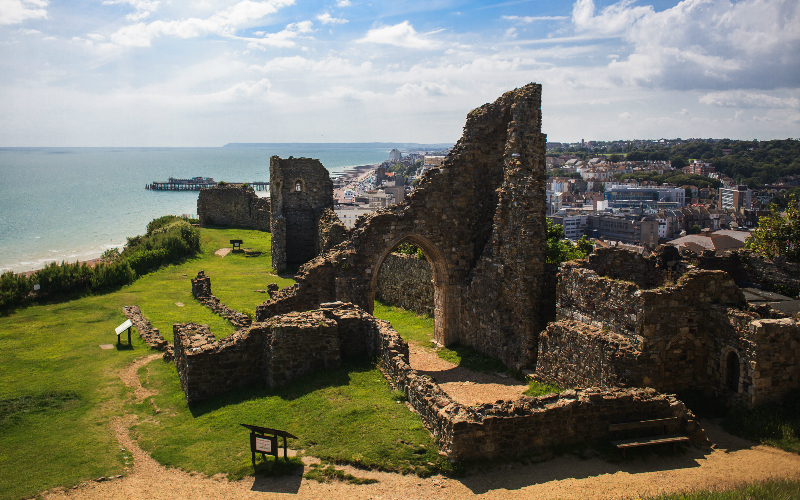 Just like its other south coast pals Brighton and Margate, Hastings has a lot of good art. The shiny, black-tiled Jerwood Gallery is home to some of the best contemporary British art in the country, plus regularly rotating exhibitions. As well as art from across the globe, the Hastings Museum & Gallery has lots of local collections, including one on John Logie Baird who was living in the town when he invented a little thing called the television. Obvs Hastings is also a town with a LOT of history, so you won’t be running out of old stuff to look at. Hastings Castle was the first motte-and-bailey castle to be built on English soil, and if you ever had to make a model one of those at school, you’ll know it’s a big deal. Plus you can see actual bits of old boats at the Shipwreck Museum and actual criminal memorabilia at the True Crime Museum.

DO: GO INTO BATTLE 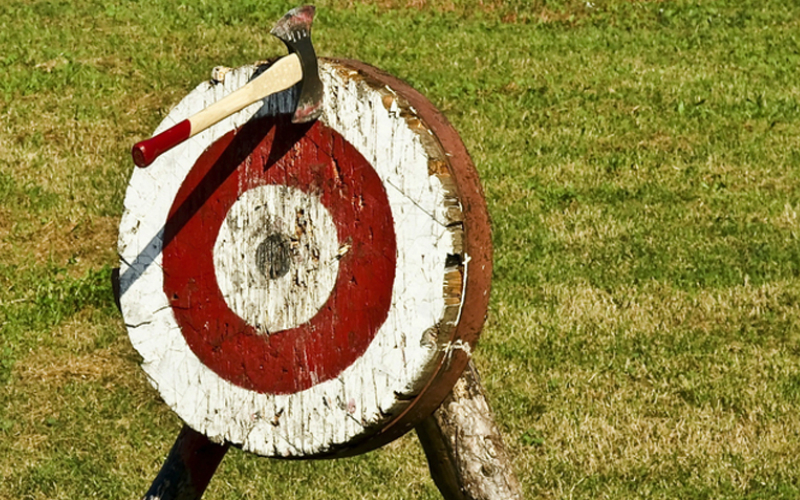 Yes you say Hastings, we say 1066…it’s near on impossible to avoid the one date everyone remembers from history class, so just embrace it. You can pop on over to Battle, where the battlefield was, any time of year but October 2016 marks the 950th anniversary of the Battle of Hastings, so if you time it right, there’ll be some extra special activities going on. And if all that re-enactment gets you in the mood, you can have a go yourself with archery, crossbow and axe-throwing – allegedly a great way to unwind – at 1066 Target Sports. And don’t leave without riding the rails. Heading up the Cliff Railways will give you some beaut views over the coast, and the East Hill lift has the added accolade of being the steepest funicular railway in Britain. Go tick that one off the bucket list. 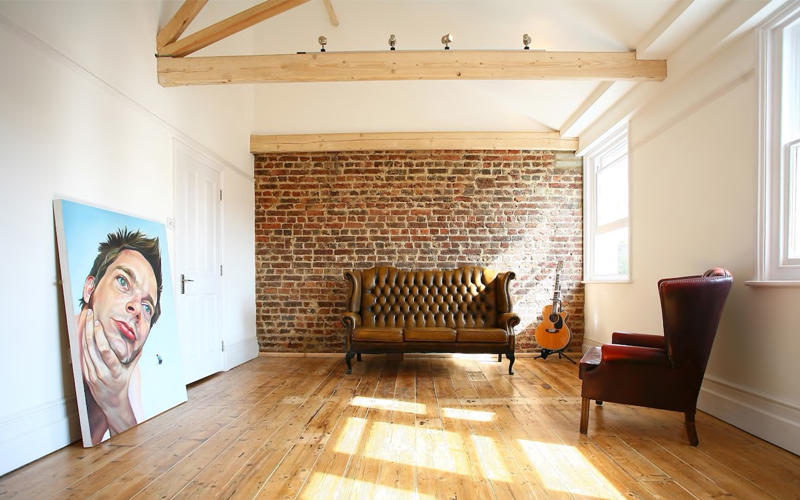 Right on the edge of the Old Town you can find The Old Rectory, an eight bedroom house that has been given a WOW-over and been dolled up pretty damn nice. Zanzibar Hotel is what Condé Nast Traveller have named as a world class boutique hotel and offer rooms from £99 per night. Their ‘no children under 5’ rule means relaxation and rejuvenation is top priority too. If hotels aren’t your thing, there is a luxury seaside apartment on Airbnb that shows off high ceilings, white walls, exposed brick and beautiful wooden floor boards throughout…it’s pretty snazzy.