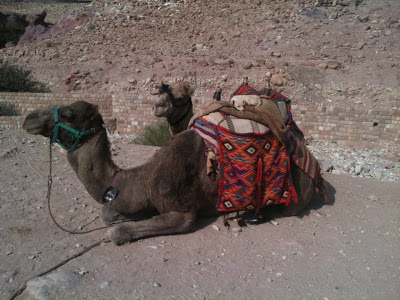 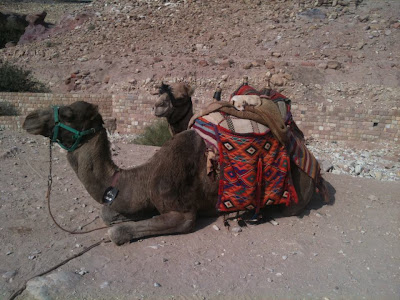 Landing in Amman late on a Tuesday evening we headed straight to our hotel, The Intercontinental which is located on one of Amman’s seven hills. After an absolute feast in Bourj Al Hamam, the hotel’s Lebanese restaurant (the best meal we ate all holiday) we headed to our beds. Up early the next morning we set off for Mount Nebo which is the place where Moses was buried and died, on a sunny day you can even see the city of Jericho from the summit. 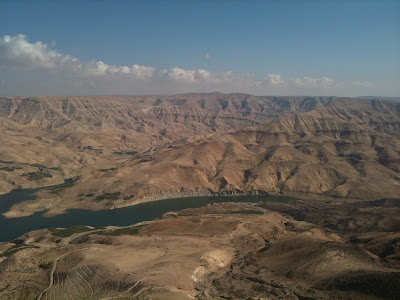 From Mount Nebo we hit the Ma’in hot springs which are natural hot springs rich in minerals and apparently soaking in the hot water is good for the skin – good or not it feels pretty relaxing! Then it was on to the Dead Sea catching the sunset on the way down which unfortunately meant it was dark when we arrived. Undeterred by the cold temperate and lack of light we jumped right in and floated away!

After spending the night in Madaba at the Mariam Hotel which is a basic, cheap hotel offering excellent facilities for backpackers (they know everything) we set off on the Kings Highway towards Petra. Stopping to take in the Wadi Mujib with breath taking views out over the dessert and the ancient Karak castle which dates back to the 12th century. 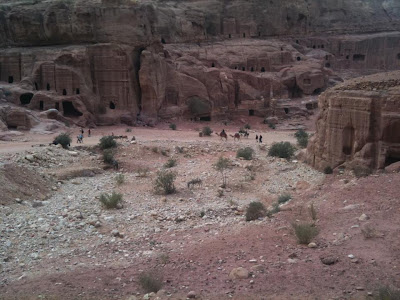 We had somehow managed to time arriving at Petra just right as on the night we arrived it was Petra by night. Dumping our luggage at the Crowne Plaza Hotel which is the closest hotel to the ruins we wrapped up warm and headed out to experience Petra by night. The tour involved a short walk to the first big ruin, The Treasury with the whole path lit by hundreds and hundreds of candles – quite magical! Once we arrived we were treated to some traditional Jordan live music and hot tea.

Early to bed, Early to rise! The next day after breakfast in the hotel overlooking the ruins we met with our guide and headed into Petra. We spent the whole day exploring the tombs and ancient scribblings before tackling the 850 steps up to the Monastery which is the highest point in Petra.
Our next day and night was to be spent in the Wadi Rum and included a full day 4WD tour of the sites before arriving at our camp. We visited during Winter and hardly saw another soul in the dessert, it’s hard to believe how few people they are especially compared to London. Spending the night in a Bedouin camp we were treated to some traditional Bedouin food which is cooked underground but what followed was one of the coldest night’s sleep ever – our sides actually ached from staying in the foetal position all night, trying to keep warm. 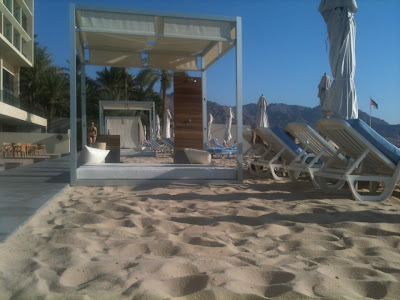 After our experience in the dessert it was time to hit Aqaba for two days of chilling by the seaside. Aqaba is the Southern most city in Jordan and is known for its year round sunshine. We were staying at the Kempinski Aqaba which has its own private beach and pretty special heated pool. After treating ourselves to a Hamman at the female only Janna Spa we thought we’d better take advantage of the snorkeling and diving – Aqaba has some of the best reefs the Red Sea has to offer, plus it’s nowhere near as busy as Egypt which means its pretty unspoilt – in fact you can actually see the Coral from the shore. 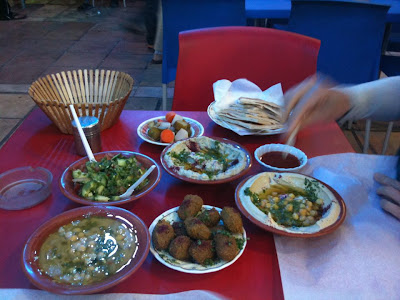 Whilst we were in Aqaba we explored the local food scene opting for some falafel at Hashem Son’s which cost just £3 each for a massive spread of meze – a definite must visit. Our last night was spent in the InterContinental Aqaba‘s Bourj Al Hamam restaurant reliving that first night feast.

If you are looking to visit a country which offers a diverse holiday and is doable in just 7 days then head to Jordan, we have a sneaking suspicion it’s going to be huge in 2012.

Easyjet and bmi flying from London to Amman from just £90 return.