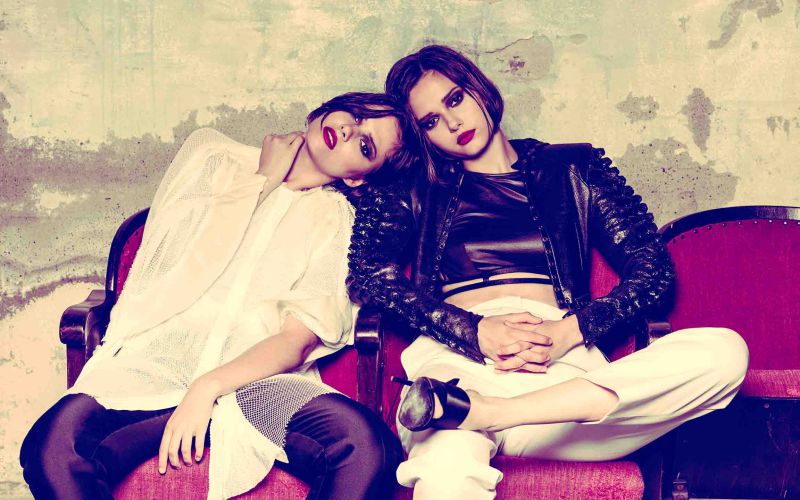 Dark, brooding and atmospheric are probably the best words to describe new ‘dark-pop’ duo Bloom Twins. They’re not named without reason – Anna & Sonia Kuprienko who make up the group are identical twins. You might recognise their faces from their various fashion shoots in the likes of Vogue and Wonderland. Or alternatively, when they appeared on Newsnight to talk about the release of a cover of The Wailers ‘Get Up, Stand Up’, in protest to the political situation in their home country, Ukraine. All this is proving them to be powerful players in the pop world, working strongly in activism and producing brilliant synth based pop tracks.

They’ve recently joined Duran Duran (!) on their arena tour, and are currently busy working on their debut album with Nick Rhodes.  More immediately, they’re due to play a show at Birthdays as a part of Robomagic’s Finding the Female Headliner events, which showcases the best women-fronted acts around.

Catch Bloom Twins at Birthdays, Dalston on 28th July as a part of Finding the Female Headliner. Get tickets here.