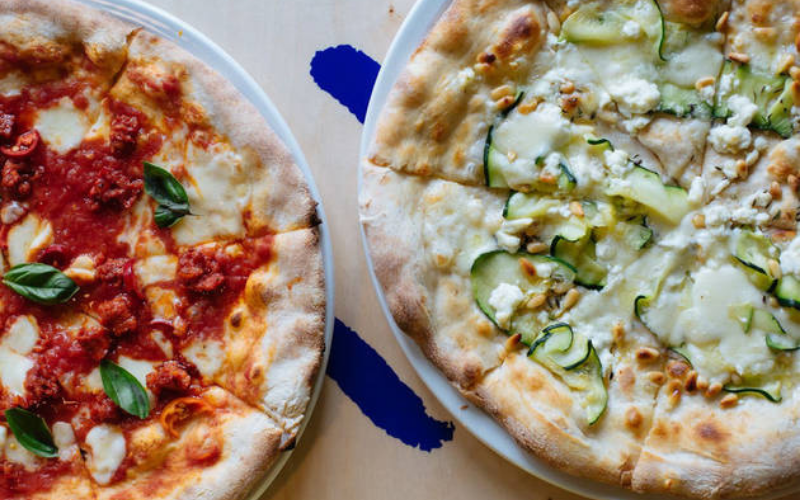 South London slice slingers 400 Rabbits are opening a fifth site in Elephant & Castle and it’s gonna be their biggest pizza joint yet. They first opened in Crystal Palace back in 2015, and after hitting up Nunhead, West Norwood and Brockwell Lido they’re now launching a flagship site right next to Elephant & Castle station. The new space will follow in the footsteps of previous locations, featuring cosy interior vibes (that’s quirky artwork and plenty of plants) as well as an outdoor terrace.

And when it comes to the menu, we can expect their signature sourdough base topped with much-loved faves including semi-cured Brindisa Iberico chorizo and pickled red chillies, as well as vegan slices and their famous rhubarb one too – yes that’s rhubarb on a pizza. They’ll also be joined by guest chefs for special pizza collabs, as well as serving up craft beer from local breweries and London’s cheapest Negronis on tap at just £4. They’re also offering 50% OFF pizza all weekend for their soft launch which kicks off at 5pm on 28th May until last orders on 30th May (walk-ins only), so don’t miss a pizz’a the action.