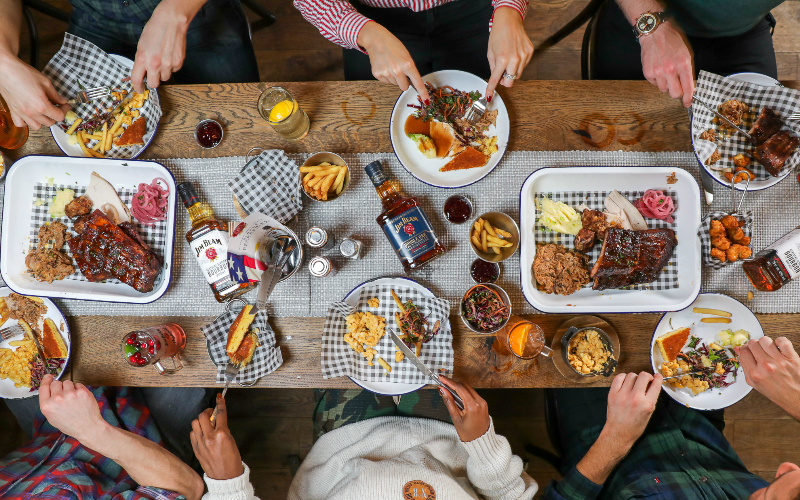 It may not be one of our national holidays but that’s not stopping Jim Beam and Porky’s BBQ bringing Thanksgiving to London. The celebration is all about spending quality time with friends and family – something Jim Beam knows a thing or two about, having been going for eight generations – so they’ve decided to put on a 2-for-1 menu at Porky’s BBQ. That means you can get a three-course all-American feast for two just a tenner each. Bargain. The menu includes jalapeno croquettes, popcorn chicken with Porky’s x Jim Beam BBQ sauce, a half-rack of ribs and fries, smoked turkey with pulled pork stuffing and green onion mash, bourbon chocolate brownie, and pumpkin pie, with a range of cranberry, maple and old fashioned highballs to wash it all down with. Errr YUM.

And in case that wasn’t quite enough, Jim Beam and Porky’s BBQ are also putting on the party with a live bluegrass band on Thursday and a whole load of games on Friday…now that’s real southern hospitality.