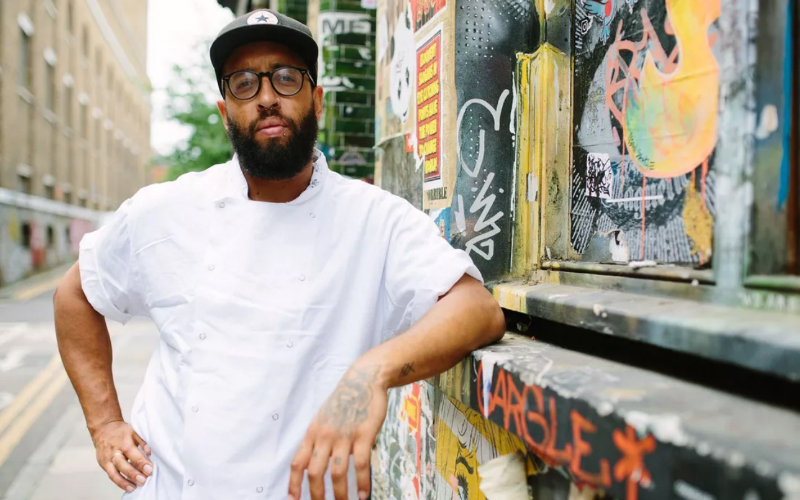 James Cochran EC3 might still literally have his name on it but chef James Cochran is stepping away from that restaurant to launch another, 1251 on Upper Street. This comes after the short-lived restaurant on the old Ed’s Diner site (also on Upper Street) and the place we first encountered James, the also short-lived Restaurant Fix in Hackney. We were actually pretty blown-away by James’ cooking back then, but following ventures haven’t quite lived up to that early promise. Here’s hoping it’s 3rd/4th/5th time lucky for 1251.

The menu at 1251 will be modern British, with a particular focus on produce from Kent (James was raised in Whitstable) as well as West Indian and Scottish influences in reflection of his heritage. As well as a tasting menu option, there’ll also be an a la carte offering of small plates, including the likes of raw orkney scallops with buttermilk whey and red meat radish; Kent-breed pork with blood pudding, smoked eel and turnip kimchi; and jerk-spiced monkfish with lettuce and watermelon. And if you pop in between lunch and dinner or late at night, there’ll be a snacks menu featuring Devon crab tartlet; smoked kipper and leek toastie; and confit cauliflower with fermented bagna cauda for you to dip into.

You’ll be able to wash all that down with organic wines and house classic cocktails like a 1251 Negroni and Bloody Mary martini, and there’ll be rotating exhibitions of local artists on the restaurant walls too, so make sure you have a good look around.