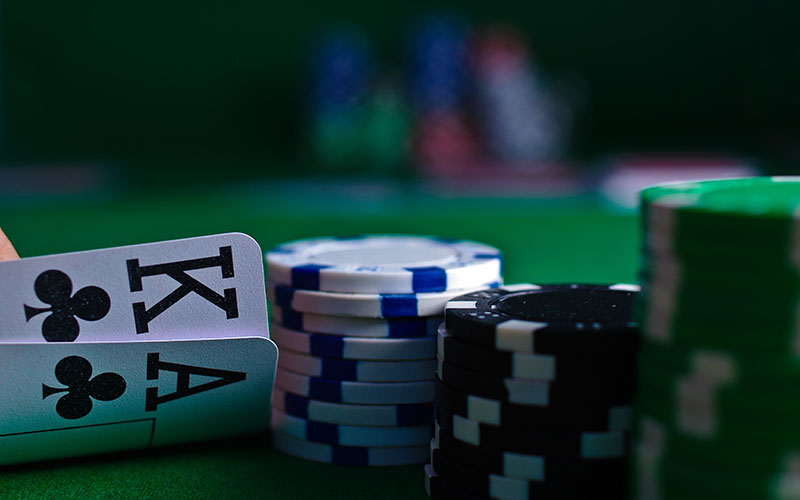 Finding the best game to play at a casino can be a tricky question to answer. Some people prefer the strategy and tactics involved in table games. Others want the thrill of video slot games.

Some people base their casino game choice on things such as limited-time offer bonuses. Other players prefer games with the highest return to player percentage. So, whilst we can’t tell you exactly what the number one casino game for you would be, we can list the top 10.

These games are enjoyed by players in casinos all over the world, in both online casinos and land-based casinos. Check to see if your favourite is on there – you may even find a totally new game type to try!

Blackjack is one of the simplest card games you can find in a casino and has reigned as one of the most played games for a long time. Combining both luck and skill, the game is both easy to pick up and hard to master.

The aim of the game is simple – beat the dealer in trying to make a hand as close to 21 as possible. It’s this simplicity of the game that makes it a casino favourite!

Slot games will always be one of the most played games in any casino. This is down to the excitement, vast array of different themes and potential to win big money.

They come in almost every theme possible – from deep space aliens to fantasy wonderlands. This means no matter what you’re into, you’ll almost certainly be able to find a video slot based on it.

These types of games are very similar to the aforementioned video slots. The biggest difference is the fact they strip the bells and whistles down to a minimum. This allows for more focus on the pure gameplay elements of slot gaming.

Thanks to the stripped-down nature, classic slots are often much less daunting to play. This makes them great for newcomers on the slot game scene.

Roulette is another classic casino card game that is very easy to pick up. Totally based on chance, a ball is rolled around a spinning wheel and players bet on where they think it will land.

You’ll be hard-pressed to find an empty roulette table at a big casino. This is thanks to the incredibly fun random gameplay and variety of bets that players can make.

Many casino table games have different variants with small twists on the original games. Here we have a slight spin on the traditional Blackjack.

The European style sees changes such as there being no hole card, doubling down is limited and there are also fewer options for splitting.

Three card poker is often seen as the most popular variant of poker that’s played in the world. Thanks to the small number of cards, it’s easy for players to learn the hands and their ranking.

As the name suggests, it’s poker but played with only three cards. This variant is incredibly easy to pick up yet has just as much strategy as the 5 card versions, allowing for deep and varied gameplay.

The table game that was made famous for being played by James Bond in ‘Casino Royale’, the game of Baccarat is steeped in history, skill and luck.

The premise of the game sees the player vs the banker in a contest to see whose hand is closest to the card value of nine. Other players can also place bets on what they think the end result will be.

Craps is a dice game that is incredibly popular on the Vegas strip and in American casinos. There is quite a complicated rule set around the game though – including rules about certain behaviours whilst you’re at the craps table!

The big draw for Craps is the fact the house edge isn’t too high and it’s also a very social game. Players can make bets on the player who’s doing the ‘shooting’, meaning everyone at the table can get involved!

Texas Hold’em is another popular variant of Poker that has a huge tournament scene. Players are dealt two cards and then 5 hole cards are dealt over various stages of the game.

Whilst it’s incredibly fun to play and games can be entertaining, the ranking system of hands and learning them all can be off-putting for some people.

Keno is a game that’s played at a more relaxed pace compared to other casino games. Similar to the game of bingo, players are given a numbered card, pick 20 numbers and then place a bet. If your numbers get called, you win.

The difference between keno and bingo is the fact you get to pick your own numbers, which makes the game a bit more customisable. Whilst this game isn’t found at every casino, it’s enjoyed by many players in the ones that host games.